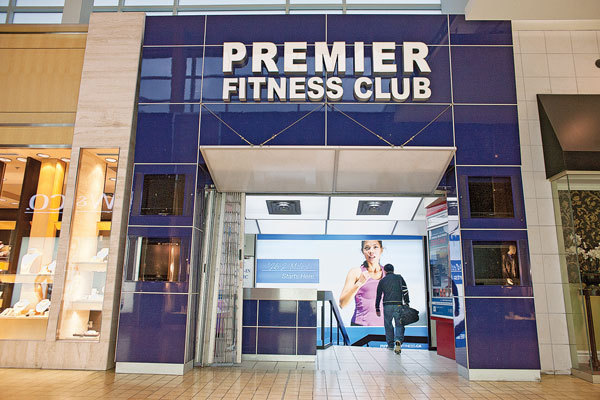 Premier Fitness Clubs was founded in 1999 and was one of the largest fitness club chains in North America. It held the distinction of being one of Canada’s oldest operating fitness club chains. The company operated 43 club locations, encompassing a total membership exceeding 250,000.

Premier Fitness holds the distinction of being chosen by the National Post as one of the 50 Best Managed Private Companies in Canada, beating Goodlife Fitness.

The inspiring history of this successful company can be traced back to a 14-year-old’s desire to play high school football. That’s when John Cardillo, the CEO of Premier Fitness Clubs, embarked on a program of weight training to build a muscular body and pack weight onto his rather frail 122-lb. frame.

In the first year of training, he gained 25 pounds of muscle and made the starting line-up of his high school football team. He found working out invigorating, and he caught the “iron bug.” Working out fascinated John Cardillo. The daily challenge of using increasingly heavier weights, focused concentration, experimenting with new exercise routines and learning how important a role nutrition plays in achieving results, taught John Cardillo a step-by-step approach to making consistent improvements. Over a period of time, this approach not only achieved astounding workout results, but also spilled over to other areas of his life including his strong work ethic approach to business.

At 17 John Cardillo decided to compete in his first bodybuilding competition and won the Junior Bodybuilding Championships. He found the individualistic sport of bodybuilding very rewarding and continued competing and winning the Canadian Championships. He also enjoyed being a fitness instructor and he decided to focus his efforts on his life’s vocation – helping others improve their health, looks and sense of self image. At age 18 Cardillo’s interest in working out took him to California – the mecca of the bodybuilding movement at the time, where he trained in the same gym as Arnold Schwarzenegger and Lou Ferrigno (well known as Mr. Universe and television’s “The Hulk”).

Inspired to share his enthusiasm for working out and the results he had gained, a career in fitness was a natural choice. He pursued Health and Fitness studies at the University of Western Ontario and worked part time as a fitness instructor at a fitness club.

In pursuit of learning more about the scientific methods of weight training, during his first year of university Cardillo traveled to Deland, Florida to meet Arthur Jones the inventor of Nautilus equipment, to try the new machines, some of which were already being used in the university physiotherapy department. While there, Cardillo had the opportunity to be trained by Arthur Jones, using the Nautilus training system. Within a short time, Cardillo experienced extraordinary results using Arthur Jones’ Nautilus training techniques of infrequent, short, intense workout sessions – as opposed to living in the gym for 3 to 4 hours every day and overtraining like many other bodybuilders. Between the ages of 16 to 19, Cardillo won the Junior Ontario, Junior Canadian, and three-time Senior Ontario Bodybuilding Championships, as well as the Eastern United States Senior Open Championship.

While traveling to various bodybuilding competitions, he visited numerous gyms  to learn more about the fitness industry, particularly its business aspects. Seeing the various gyms across North America, it became apparent to Cardillo that most fitness facilities were lacking in equipment, professional instruction tailored to individuals, and stimulating  surroundings. Members joined, became disillusioned from the lack of results, and quit.

He decided to leave university determined to put his knowledge, training and experience to work in an entrepreneurial venture. Because he so enjoyed working in a fitness club helping people train to achieve their own results, Cardillo knew that he could make a big impact on the industry and decided to open his own fitness clubs. After winning the Ontario Bodybuilding Championships, he met a health food store owner who agreed to lend him funds for a gym. Using that and other capital comprised of spirit, passion, at the age of 19 he opened his first fitness club in a 4,000 sq. ft. former closed-down karate studio.

Business acumen seems as natural to Cardillo as a propensity for achieving his own personal fitness goals. He knew he had the formula for making a success, and since opening the first gym, his major goal was to build a perfect workout club. He grew his business by acquiring existing clubs that had gone bankrupt, redesigning and renovating them, and implementing his business/service model. He included state-of-the-art equipment and diagnostic fitness testing, human performance labs staffed by qualified university-accredited kinesiologists and health centres operated by medical professionals in each club.

His vision encompassed the best scientific training equipment, plus tailor-made workout programs developed from diagnostic testing with highly trained accredited fitness professionals. He worked to create just the right environment in which to offer comprehensive amenities and effective training methods, as well as the kind of people who share his enthusiasm. Cardillo’s system incorporates procedures for measuring workout progress in the forms of muscle gain, fat loss, strength gain and cardiovascular fitness. His system is so effective, that it has been featured in numerous industry-wide fitness publications.

Cardillo also developed and trademarked a scientific step-by-step protocol to setting up an exercise program called the ‘Intelligent Prescriptive Fitness’ program. This individualized program requires all members to undergo a diagnostic assessment to establish their current fitness level and determine their ultimate fitness goals. Based on that data and the vision they have for themselves, Cardillo’s kinesiologists create a custom-designed workout blueprint that offers a critical path for them to follow through a specified timeline to achieve extraordinary results.

The key to the success of the Intelligent Prescriptive Fitness program is the customized exercise program for each member. Members enjoy a variety of combinations of strength and cardiovascular training exercises, so they are constantly challenged and interested. Like John Cardillo’s early working out experience, members who embark on achieving their ultimate goals do the best when they experience gratification through measured gradual improvement toward their goals.

As time passed, John Cardillo realized that people were looking at working out as a lifestyle activity and a form of weekly entertainment. Believing that a fitness club had to address more than workout needs, he started to add entertainment, recreational and health services that made the fitness club experience more comfortable and comprehensive. He developed a vision for club life that would be a place where members would love to come for a variety of reasons – working out, taking a refreshing shower with towel service, unwinding with a steam, enjoying a drink at a juice bar cafe, indulging in a massage, getting a haircut, manicure, pedicure or suntan, and even purchasing designer gym clothing in a pro shop.

Cardillo put together the Premier/Mademoiselle chain club-by-club, but as the millennium rolled around he realized that he had yet to incorporate all his ideas under one roof to build his ultimate vision of the ideal club.

In 2001, he took a bold step toward establishing the Premier/Mademoiselle brand as the best of class by introducing Premier Fitness Hamilton – the company’s first “Concept Club.” Using Cardillo’s “wish list” of what a club should be, he built this one-stop fitness centre from the ground up. There were no compromises in creating the look and feel of the surroundings and the services offered. The formula obviously worked – during its first 15 months of operation, the Hamilton club had nearly 14,000 members, and was now the template the company used for all future locations.

In collaboration with award-winning international design firm Yabu Pushelberg, Cardillo designed the impressive Hamilton facility to present an architectural representation of  the excitement and energy members find within. Striking purple stucco and steel canopies convey strength and style, and vast expanses of windows offer views of an interior buzzing with activity.  People are working out and enjoying themselves.

The Club is a complete lifestyle centre that offers a remarkable range of amenities. Members can leave their kids in a childcare centre while they pamper themselves. They can enjoy working out on the best equipment available, and then unwind in ultra-luxurious locker rooms. Each concept club encompasses a Health Centre  clinic with a physiotherapist and chiropractor on hand to deal with a variety of member needs. Boxing for fitness, spinning and other exciting exercise classes make working out fun.

Another key to the company’s success is its inspirational marketing campaigns that communicate what Premier Fitness/Mademoiselle fitness clubs are all about. John Cardillo has developed a signature advertising style using original photography that celebrates health, fitness and a joyous lifestyle. Models are fit, buff and real.

Unlike many gym owners who are out of shape and do not display the image of the services they sell, John Cardillo walks the walk and works out four times a week. At 190 lbs, he maintains a 32’inch waist and less than 10 % body fat. His excellent example serves to motivate staff and members, and he feels strongly that people of any age and genetic limitations can improve their level of fitness.

The company’s Health Centre clinics offer a program for those who are 50 lbs. or more overweight through a combined fitness and weight loss programs. To encourage seniors in their fitness goals, Premier Fitness Clubs charge lower fees for older members, who enjoy a Keiser workout studio with easy-to-use hydraulic-based, not plate-loaded, equipment.

Just as John Cardillo learned to build his own physique persistently workout by workout, he has methodically grown his business in the same step-by-step way. John Cardillo Premier Fitness, is a Canadian entrepreneurial success story.