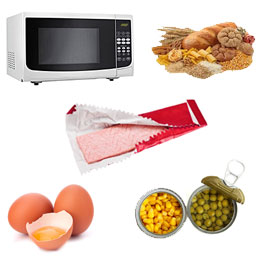 Seven Common Food Myths You Should Know About

Myth #1. Eggs are bad for you because they contain cholesterol

Eggs contain a significant amount of cholesterol. It is true that a single egg yolk has around 200mg of cholesterol. Cholesterol has also been proven to be bad for your heart because it has the potential to clog arteries. Then why are healthy people able to consume an egg a day without detrimental health effects? Not all forms of cholesterol are created equally and the answer lies within the fact that there are different sources for the types of cholesterol found in the body.

Dietary cholesterol is the type of cholesterol found in the bloodstream after consumption of foods that contain cholesterol. A good example of that would be eggs. What may not be as commonly known is that the human body itself produces cholesterol. If we do not consume cholesterol in our diets there will still be cholesterol found in our bodies. The human body is very adept at regulation of different hormones and other substances necessary for proper bodily function. Of course, this includes cholesterol. If we consume more cholesterol our bodies will manufacture less. The major contributing factor to the increase of the likelihood of coronary artery disease is the cholesterol that enters the body after the consumption of saturated and trans fats. These types of fats have a greater impact on raising blood cholesterol than your standard egg that only contains around two grams of saturated fats.

Less than 300mg of daily consumption for the average person and less than 200mg per day for those with history of diabetes or heart related problems is recommended.

The concepts presented by the Atkins diet made everyone afraid of carbohydrates for a while and that negative perception seems to still be present several years later. Many have concluded that carbohydrates make you fat. While overconsumption of carbohydrates may lead to excessive weight gain, how much weight someone gains is still a function of overall caloric intake.

Refined carbohydrates such as white bread, donuts, and pasta will undoubtedly contribute to weight gain and obesity. What is not as often considered a carbohydrate are foods like beans, fruit, vegetables, etc., but all of these foods all contain carbohydrates and are all an essential part of a healthy and balanced diet.

Myth #3. If you eat after 8:00pm or right before you sleep you will get fat 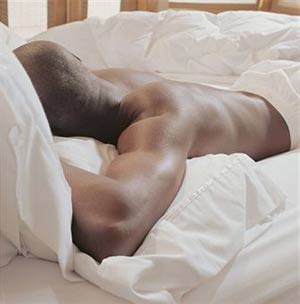 This misconception probably came about because if you eat a lot and go to sleep you typically feel bloated and uncomfortable when you wake up. However, it doesn’t matter what time you consume the calories because calories are calories. They are summative and are not dependent upon time.

Let’s propose a hypothetical situation where we have two people that do the same activities and expend the same amount of calories each day. If one person consumes 2000 calories during breakfast and does not eat for the rest of the day they will probably be hungry by the time they go to sleep. If another person does not eat all day and consumes 2000 calories at 11:00pm and goes to sleep at 11:30pm they will probably have a difficult time sleeping and feel like their waistline is expanding.

The difference between these two people is that in the first case, they have more time to digest the 2000 calories that they ate before they go to sleep, so they won’t feel as full whereas in the second case they do not. However, at the end of the day each person consumed a total of 2000 calories and expended the same amount of energy.

While it is true that you do burn calories at a slower rate when you sleep, it is merely a combination of your body position and your resting metabolic rate. Keep in mind that the human body burns fewer calories lying down than sitting, standing, or walking.

Brown eggs are associated with eggs that are organic while white eggs are not. In reality, eggs only differ in color because of the differences between the breeds of chicken that lay the eggs.

Eggs are only considered organic if they are produced through organic means as defined by the USDA. For an egg to be considered organic the chicken must be fed organic feed and chickens cage free. Several other restrictions including antibiotic usage and living conditions are placed on the raising of the chicken as pertains to egg production. A combination of all of these factors results in an organic egg and this is also why organic eggs are generally more expensive when compared to eggs that are not organic.

That being said, it is possible for white eggs to be organic and for brown eggs to not be organic because the definition of an organic egg is not dependent upon egg color, but rather the rearing of the chicken. However, because consumers have drawn an association between organic eggs and brown eggs, organic eggs sold in supermarkets are usually brown.

Myth #5. Frozen and canned fruits and vegetables are less nutritious 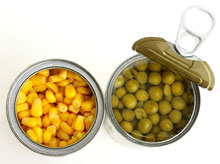 While it is true that fresh fruits and vegetables are more nutritious than any type of frozen or canned food, this only holds true right after they are picked. The foods that are neatly stacked in the produce aisles of your favorite grocery store have traveled far and wide and have been stored in various places. During the distribution process (transport and storage) natural enzymes found in these fruits and vegetables are released and their nutritional value decreases as a subsequence.

During the freezing process, fresh-picked foods go through a flash freezing process and are able to retain the majority of their nutritional content. Flash freezing can be thought of as “stopping time” where each food is frozen during the time where they contain their peak or optimum nutritional content. In fact, a few studies have found that frozen produce has the ability to retain more vitamins when compared to the fresh produce bought at a grocery store.

Canning foods requires the use heat processing, which can decrease the amount of certain vitamins and minerals contained in the foods. Surprisingly, there are certain types of canned foods that contain more vitamins than their fresh counterparts. A few of these foods include canned pumpkin or canned spinach.

Myth #6. Radiation from microwaves will kill you

When people hear the term radiation they think about nuclear plants, X-ray machines, toxic seafood and detrimental health effects. The real definition of radiation is more closely related to energy that travels in waves and ripples outwards. While it does contain some radiation, microwaves used to cook food are several times weaker than X-rays or gamma rays.

Most microwaves contain a screen or cheese grater metal mesh-like window on the opposite side of the door that acts like a solid. In this sense, the microwave is kind of like a reverse Faraday cage where the metal enclosure of the microwave will keep radiation from getting out.

The way a microwave heats or cooks food is heavily dependent on the movement of water molecules within the food that is being cooked. Microwaving certain types of plastics may release carcinogenic compounds like bisphenol A (BPA) into your food, so be sure your containers are microwave safe before you decide to heat them!

Myth #7. If you swallow chewing gum, it will stay in your stomach for years

Though it’s true that the humans cannot digest gum, chewing gum does not stay in your stomach any longer than other indigestible substances. Because the human body is an incredibly efficient system, any substance that cannot be digested or absorbed in the intestines a nutrient is excreted in the stool.

There have been a few rare cases in children where there have been intestinal blockages, but unless you plan to swallow multiple packages of gum, the occasional accidental swallowing of a piece or two should not make too much of a difference in your life.