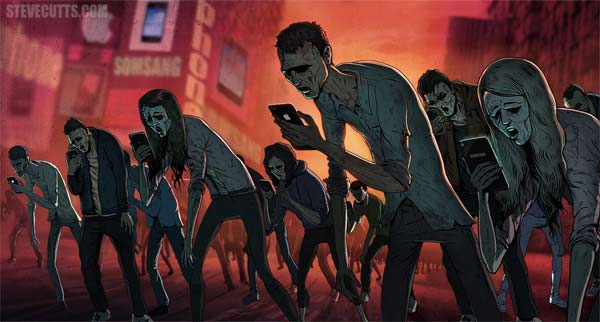 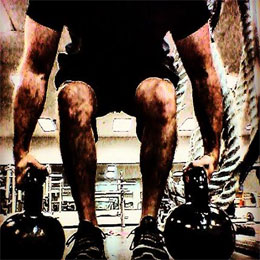 How Weakness Has Made Society Dumb

One thing we can all agree on is that every generation of people will tend to reference how bad the current generation is compared to their own and how society is headed down the toilet as a result of such warranted criticism.

Now I’m not here to be a pessimist because that’s not me, but I will absolutely prove the point that society is currently worse off in some very specific ways which can readily be observed by you if you take the time to notice.

As a strength coach this is an observation that I’m going to present to you by specifically demonstrating how the spread of weakness is a very insightful and very accurate ingredient in dumbing down our society, and I’m even going to back it up with some very direct science.

Now I only preface with this because the other day I was walking through the grocery store and literally had to move from walking on the right side of the aisle to go around three different people. Each one of these folks decided that they wanted to walk on the left side of the aisle at the very last second and did so apparently for no other reason than to just get in my way.

Why? Why in the hell would anyone be walking in a normal path to then just suddenly decide that they would start veering into another person’s space without even being aware of what they are doing? Well the key word in that last sentence is “aware.” I mean being from Georgia I’m a big fan of the TV show The Walking Dead, but not in real life, and not when a zombie rudely invades my space! 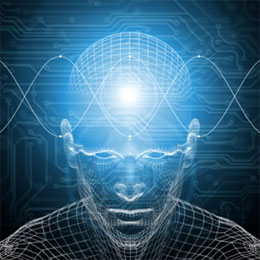 As a strength and conditioning coach I am always hammering away on the importance of technique within certain drills and lifts during a trainee’s attempt at various movements. It is here during training where a trainee must learn by doing, or by carrying out the physical tasks of lifting and movement.

This physical process of learning by “doing” is known as kinesthetic learning. In short, good athletes are great kinesthetic learners. Being active in movement and practicing this on a regular basis teaches an individual how to be in tune with their body and how to control it to do what is necessary during whatever task is at hand. A good kinesthetic learner will be able to “feel” their way through motion.

Likewise an individual that is in tune with their body will also acquire a greater understanding of where they are in relation to other people and other things in space. Sound familiar?

For an individual to have this sense of what is going on in the environment around them is known as proprioceptive awareness.

Proprioceptive awareness is literally like a sixth sense. Stimuli within the body and external feedback that we receive to our senses from the environment trigger this ability causing us to be aware of where our body is in space and where others are in relation to us as well.

Applying This To The Real World 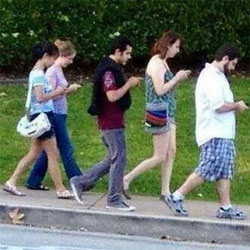 If you want to put this to the test then try this next little experiment. The next time you’re sitting at the coffee shop with some friends or family pick out someone in the room that is sitting and minding their own business.

Now without coming across like a major league creeper stare at them when they aren’t looking in your direction. If you do this long enough you’ll notice that after a certain period of time that person will become aware of the fact that they are being watched and they will eventually turn to look in your direction. Of course, this is more likely to happen a lot sooner if that person doesn’t have their face buried into their cell phone, or electronic device, but it will still work so just be patient.

This is one real world example of one demonstrating proprioceptive awareness. In terms of athletics you can also observe this during competition. A good example here would be a defensive back in football covering a receiver while backpedaling and moving across the field of play.

The defensive player demonstrates good proprioceptive awareness by “feeling” his way across the field without having to turn and look in the direction he’s going. He can do this very quickly and can generally do so by avoiding other players and officials that may be in his path. Essentially he is just very “aware” of everything going on around him despite all the movement and chaos. His awareness is functioning at a very high level.

So what does all this have to do with weakness and making society more dumb? 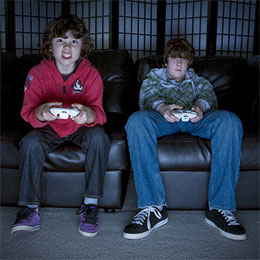 Well as I previously pointed out the physical dumbing down is rather obvious in this comparison due to the fact that most people live a life full of distractions, hence the cell phone addiction culture.

Most of the population wanders around in public engaging in little to no physical activity coupled with the fact that they keep their faces buried in some sort of electronic device for 10 to 12 hours a day. Sadly video games have also taken the place of an outing with friends along with a bucket of balls, a bat, and a baseball field.

This diminishing sense of awareness is so prevalent nowadays that some regulators think we even need to make laws against texting and driving. Why? Well texting while driving is a distraction and distractions are so prevalent these days that we’re now making laws to diminish our freedom of living.

Whether you agree with this or not, the debate is happening simply because society is acting out in a dumb manner…and in more ways than one.

If that isn’t a sign of dumbing down I don’t know what is! With physical activities continuing to diminish this has also led to people being fatter, more medicated, and less inclined to solve this problem because their intelligence is replaced by the distraction of abusing the access to technology. Like it or not the ability to be “aware” and the ability to figure things out mentally and physically (through movement) goes hand in hand with being a more in tune critical thinking individual.

The physical body powers the mental aspect of our daily lives. If we fail to use it in a way that it is intended then we become less sharp and less functional in the capacity that nature intended for us.

As I stated earlier the practice of movement and engaging in various drills for the purpose of performance is something that keeps us sharp. It does so by both helping us to be better physical learners (kinesthetic learners) and for keeping us in tune with what’s going on in the world around us (proprioceptive awareness).

The bottom line is that our natural instincts of movement, awareness, and being able to naturally “feel” our way through life has been largely replaced by this habitual practice and dependency on small electronic devices. Because our senses must be stimulated in a virtual manner our ability to maintain and practice intelligent decision making in the real world suffers.

This happens because a large portion of people these days tend to live a more sedentary, or inactive lifestyle instead seeking refuge in gaming, tweeting, and instagramming for the purpose of trying to live out what they perceive as a “cool” existence online.

Meanwhile they can’t even manage to stay out of my way at the grocery store. Many people can’t think for themselves by adding, subtracting, dividing, multiplying, and finding directions from one location to the next without the use of some application on their phone.

The bottom line is that the importance of physical movement and movement orientation must be stressed by training the body for the purpose of sharpening an already present instinct that this modern society of ours has seemingly dumbed down.

The primal roots of our physical makeup are always present much like that kitchen knife that is stored up on the counter. However, much like the kitchen knife needs to be used and sharpened so does our natural physical abilities when it comes down to us being able to function in society the way it was intended…not through the artificial window of a handheld device!

I hope you enjoyed today’s post and if you are interested in learning more about coach Brandon and his training programs make sure you visit him at: http://brandonricheyfitness.com.