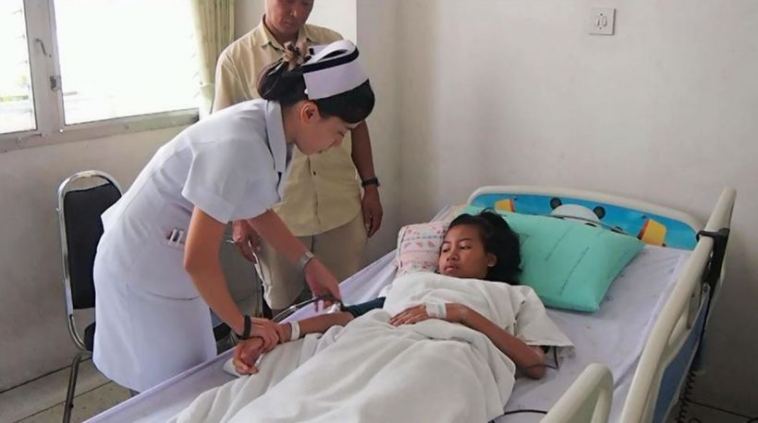 Mary Mallon, termed Typhoid Mary in the press, was responsible for spreading typhoid fever in New York in the early 20th century, resulting in dozens of deaths.

She spread typhoid – a highly deadly and contagious disease – so readily because she was asymptomatic, meaning she had no symptoms whatsoever.

Her story is an interesting one that is still relevant a century later, so in this article we take a look at how Mary Mallon managed to cause so much damage near the turn of the century.

The Beginnings of Typhoid Mary

Typhoid fever, a bacterial infection through food and water contaminated by salmonella, causes sufferers to develop high fever, diarrhea, and, without treatment, delirium and death.

Although we are now lucky enough to have largely eradicated typhoid in first world countries with use of the typhoid vaccination, this preventative treatment was only effectively developed after Typhoid Mary caused the deaths of so many.

Mary Mallon was an Irish woman working as a cook in New York, and it was in 1906 that the first cases of typhoid related to Mallon broke out.

At the Long Island house she worked at, six of the house’s 11 residents became sick with typhoid fever, and an initial investigation pointed the spotlight at Mallon, who arrived as a cook at the house only three weeks prior.

After they tracked Mallon down, the investigators asked that she provide a sample, but she refused their requests every time.

Eventually Mallon was escorted to hospital by the police, where tests revealed that she was indeed a carrier for Salmonella typhi, a bacteria that causes typhoid.

After her forcible arrest, Mallon believed that she was not a threat and sued the state for kidnapping, although her attempt was unsuccessful.

Eventually she was released, and still believing that she posed no threat due to her lack of symptoms, she took a new job as a cook under the pseudonym “Mrs Brown” and proceeded to infect another 25 people.

After her discovery, she was then placed into isolation for the rest of her life. Although only three deaths were directly tied to the typhoid that Mallon herself spread, it is believed that many unaccounted for people died as a result of her spread of typhoid around New York.

The Rest of Mallon’s Life

After all of the damage she caused, Mary Mallon was sent back to North Brother island for the rest of her days.

Until her death in 1938 where she died from stroke, she spent much of her time preparing medical tests, and even until the very end she never willingly admitted to being a carrier of typhoid.

This is likely due to her being asymptomatic, which demonstrates the lack of good health education that was available to the masses only a century ago.

This also explains why Mary continuously engaged with work that so readily spread the disease to others.