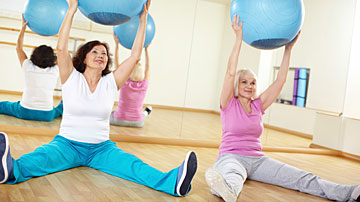 Functional decline, medical morbidity, and mortality rates are higher in older adults compared to the young generation. This is because seniors are more likely to have unrecognized impairments and increased risk of developing complications. Physicians taking care of seniors should perform various essential functional tests to observe functional impairments which are prevalent among the older patients.

Functional impairment is described as having difficulties in performing or requiring help with senior living from another person so as to perform daily living activities. These conditions can be managed effectively so long as there is early recognition and the treatment is done early.  For early recognition, it is important that the following functional tests for aging seniors be performed.

Many seniors with dementia and Alzheimer’s will not complain of memory loss or even recognize volunteer symptoms unless the physician specifically questions them. Statistics show that a good number of seniors seen by medical practitioners and subspecialists show a significant level of cognitive impairment. This is often undiagnosed and it is a risk factor for medication non-adherence. This also creates difficulties when navigating the health care system, causing caregivers to be stressed as well.

Seniors with suspected cognitive impairment need to be screened for delirium and depression. Delirium is an attention disorder and it should not be overlooked in seniors. It is often in the form of acute onset and fluctuating course, with difficulty in maintaining focus and the presence of disorganized thinking. The functional test requires a thorough examination of the senior’s history and also includes performing physical tests. These assist in the diagnosis of dementia which can be done in a matter of minutes.

Another functional test that is essential for the elderly involves evaluating the seniors for difficulty when walking. Studies show that up to 19% of non-institutionalized seniors have difficulty walking. As such, they require assistance from another person or are in need of special aids. Walking instability will increase with age. Studies have shown that complications arising from falls are the leading cause of death among seniors. Falls might also result in soft tissue injury while others result in fracture and serious injury. The Gait instability test involves giving the elderly person some instructions. For example, this test may be administered by giving the following instructions.

After administering this test, give a score which is actually the time taken by the patient to complete the actions. There is no physical assistance that should be given to the person taking the test. If the patient needs more than 20 seconds to complete those actions, then this is a case of limited physical mobility. Hence this might be a risk factor and often results in falls.

This is a test that mimics the everyday activity and is often carried out as a proxy measure of lower limb strength in seniors. It is a test that is used to determine how well the seniors can perform transitional movement without the need for assistance. It aims at testing functionality when it comes to comfortably getting in and out of the chair. Note that one of the most common activities of daily living and which is also a precursor to walking is being able to rise from a seat or the sitting position. This is an important function since it helps in determining how well seniors can maintain physical independence.

The elderly person should be asked to sit with the back resting comfortably on the back of the chair. Let the person stand from the seated position while counting aloud. After repeating the test five times the test can stop. Normally, the test score is 11.4 seconds for seniors in their 60’s, 12.6 seconds for those in the 70’s while for those in their 80’s, it takes up to 15 seconds.

Several studies have been carried out to determine the effectiveness of this test. Scientists found out that there is a relationship between hip, knee, and ankle joint strength when it comes to performance in the test.

Squatting is an everyday activity – when picking up or moving something, one has to squat. Being a fundamental everyday exercise, squatting determines how well one can perform without the need for assisted living. This requires good ankle and hip mobility and demands the stability of the knee and lumbar spine. It is important that this functional test is performed by a person who has an understanding of functional anatomy and muscle recruitment.

Arm movement is also an important functionality and the back scratch functional test helps in determining arm mobility. Ask the elderly person to reach behind the back with one arm and over and behind the head with the other arm. In addition, the patient should try touching the fingers of both hands together and the distance reached is measured. The closeness of the fingers illustrates a measure of flexibility and relates to functional activities. The more the flexibility, the better since the person can still perform activities like dressing, reaching overhead and being able to reach items from the shelf without the need of assistance.

Let the senior sit on the edge of the chair with one leg straight and ask him or her to touch their feet. This is a flexibility test that concentrates on the hamstring and also the lower back. It also has a role in walking and hence a high score is an illustration of independence while walking around.

The above functional tests help in monitoring the well-being of seniors while also determining their level of independence. Physicians and caregivers should be encouraged to carry out these tests periodically.