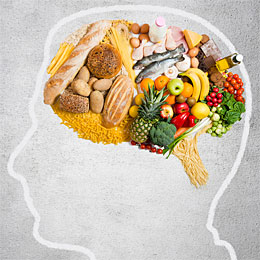 A whopping 92 percent of the U.S. population is deficient in at least one micronutrient. Unless you’re very fastidious about your diet, there’s a good chance you fall into this group.

Listed below are four of the most common nutrient deficiencies, along with tips on how you can increase your nutrient consumption to achieve optimal health.

Heme iron is found exclusively in animal foods, especially red meat. Non-heme iron, on the other hand, is generated in both plant and animal foods. The body tends to absorb heme iron more efficiently than non-heme iron.

Vitamin D acts like a steroid hormone and plays an important role in many different bodily functions. In fact, nearly every cell in the human body contains a vitamin D receptor.

The RDA for vitamin D is between 10 and 20 micrograms per day.

Vitamin D is found in many different foods, but the cholesterol in the skin produces vitamin D when it’s exposed to direct sunlight. About 42 percent of people in the U.S. are vitamin D deficient. The elderly and people with darker skin are most likely to be deficient.

Vitamin B12 is essential for proper blood formation and brain and nerve function. All cells in the body require vitamin B12, and the body cannot produce it on its own. Therefore, it must come from food or supplements.

The RDA for vitamin B12 is 2.4 micrograms. Some studies suggest that nearly 40 percent of the country is on the brink of vitamin B12 deficiency, and another 9 percent are already deficient.

Common symptoms of vitamin B12 deficiency include:

Vegetarians and vegans are often deficient in vitamin B12, as it only is found in animal products and certain types of seaweed. Elderly individuals are also prone to vitamin B12 deficiency since absorption rates tend to decrease with age.

Good sources of vitamin B12 include:

The RDA for vitamin E is 15 milligrams. Only 25 percent of the population in the U.S. and U.K. meet this requirement.

Symptoms of vitamin E deficiency include:

If you’re supplementing with vitamin E or buying a multivitamin that contains vitamin E, make sure you’re buying one that lists vitamin E in the “d” form (d-alpha-tocopherol or d-beta-tocopherol) for maximum absorption.