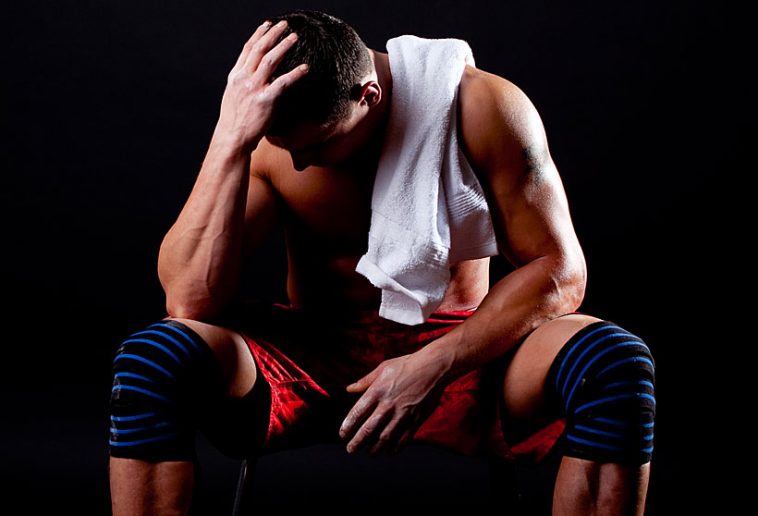 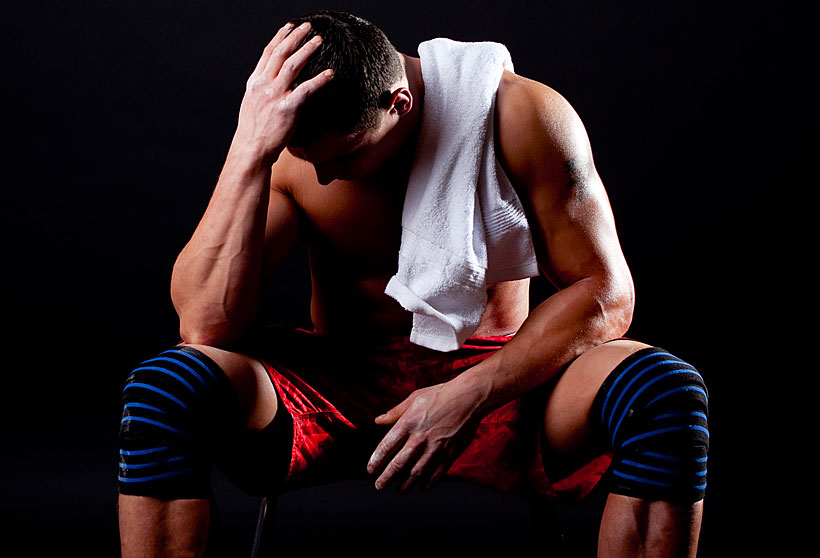 Vomiting is the forceful expulsion of gastrointestinal contents after a preprogrammed series of motor and autonomic responses.

Vomiting is closely associated with nausea, which refers to the unpleasant and painless but subjective feeling that an individual is bound to vomit (Hasler & Chey, 2003).

The subsequent report addresses issues related to vomiting reflex starting with its causes, health risks, and mitigations of this action.

Various factors can lead to vomiting.Some of the more common causes of vomiting include:

Among the leading vomiting causes is food poisoning as the victim has consumed contaminated food. Such food contains infectious organisms and by vomiting, the body is providing a counter-mechanism as a form of protection (Frese, Klauss, Herrmann, & Sandholzer, 2011).

Gastroparesis is a condition in which the stomach wall muscles are unable to perform their appropriate functions to a point that it interferes with digestion. With this condition, the muscles slow down their functional capabilities implying that an individual’s stomach fails to empty properly.

Morning sickness is in most cases experienced in women during pregnancy. It is an ordinary occurrence particularly in the first trimester and taking plenty of fluids is one of doctors’ advice on what to do after vomiting.

And on the contrary, vomiting during every training session may be caused by exhaustion and too strenuous and excessive loads.

Experts classify this phenomenon as “nausea and vomiting caused by physical exertion.” There are several common reasons why this can happen.

Vomiting induces significant pain to the precise structures of the human body because of the violent and intense physical nature of the event. It can lead to the rupture of the esophagus, cutaneous vessels, gastric herniation, and rib fracture.

Besides, a victim is likely to experience alkalemia, anorexia, and dehydration because of the water loss in the body (Winston, 2012).

Cancer vomiting is common among cancer patients after treatment administration and is one of the health risks associated with vomiting (Cancer.Net, 2018). There are also psychological effects such as complete aversion from specific types of goods.

Vomiting is mainly accompanied by contraction of the abdominal muscles. While the Pyloric sphincter of the stomach is tightly closed, the body of the stomach relaxes, the entrance to the stomach opens, the esophagus, and the oral cavity expands. All this reflex act is regulated by the vomiting center located in the medulla oblongata. 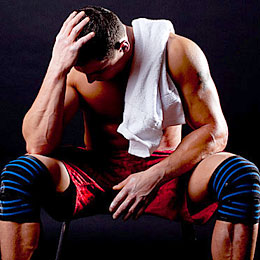 Most people think that nausea and vomiting during exercise is a sign of the excessive intensity, however, this is only partially true.

Back in 2002, medical research showed that athletes typically experience nausea and vomiting when they use about 75 percent of the amount of oxygen that is usually consumed during aerobic exercise.

If to exclude professional athletes from the statistics, nausea and vomiting arise for the simple reason – intense exercise disrupts the digestive process.

During training, blood rushes to the muscles that are actively working, and, therefore, moves away from the digestive system. As a result, the work of the digestive tract becomes complicated, and the stomach, for example, needs more than usual time to move food eaten to the intestine. This can lead to unpleasant symptoms, including nausea, vomiting, and even diarrhea.

By the way, refusing a snack before training won’t help to get rid of unpleasant consequences. Because if an athlete eats earlier than 3 hours before the workout, it will only aggravate the symptoms.

Nausea and vomiting when exercising can be the outcomes of heatstroke. According to the American Council on Exercise, the optimal temperature for training is from 20 to 22 degrees Celsius, and anything above 26 degrees can be dangerous to health.

If athlete notices other symptoms of heatstroke, such as confusion, sharp changes in sweating, or body temperature above 39 degrees Celsius, it is important to immediately get into the cool area and seek medical help.

Also, nausea and vomiting can be caused by decreased blood sugar. This happens if an athlete starts a rigid diet at the same time regularly training hard.

Lack of vitamins in the human body causes dizziness, nausea, weakness, and vomiting when reaching a peak of efforts.

An athlete can quickly fix the situation by drinking a cup of sweet tea or eat a little chocolate bar. But in the future athletes must remember that fasting and training are not compatible.

Regular exercise strengthens the cardiovascular system, so the phenomenon of low blood pressure is rarely encountered in athletes cases.

Also making exercises oriented on the abdominal muscles after a meal puts the human body under serious stress, as to when the stomach is digesting food it is categorically unacceptable to undergo the body with physical loads.

These exercises should be done with an empty stomach, not earlier than an hour and a half after eating. Otherwise, nausea and even vomiting may occur.

Regardless of whether nausea and vomiting are associated with physical activity, overeating or any other illness, it can cause extremely unpleasant feelings. If a person already feels nausea, there are certain techniques that can help to get rid of it.

To avoid stomach upset, nausea and vomiting in the future, a person should adjust his/her diet and make certain changes to the daily habits related to eating and workloads.

So, what are some measures that athletes can do to prevent vomiting?

Drinking fresh water is a great way to keep the blood flow within the normal level, prevent heat disorders, and help their body recover after a hard workout. But if an athlete starts feeling nauseous already in the midst of training, then reducing the intensity and some rest until feeling better is definitely a good idea.

Eating figs is a simple home remedy yet an effective one. Figs are dried fruits that are great sources of fiber and even better is that they contain the highest levels of the component. Figs have the exceptional characteristic of drawing water into the intestines mitigating the conditions for vomiting. On the other hand, they also stimulate the intestines through the provisions of healthful gut bacteria.


Taking medication is another effective procedure particularly considering that over-the-counter medicines do not require doctor’s prescription. Related medicines are referred to as antiemetic. These drugs aid in relieving nausea and vomiting. An example is antihistamines. Antacid or nausea medications are available over-the-counter and help relieve nausea, but their effect appears after 30 minutes or more, so they can not be used as the immediate method to beat nausea and vomiting.

Acupuncture has been sounded like an effective method and has been used in ancient Chinese tradition as a method of treatment as one way how to stop vomiting (Ling, Yang, & Shao, 2012). It involves the insertion of thin needles in specific parts of the body. This formula has been found to quite effective in pregnant women in early stages (Smith, Crowther, & Beilby, 2002) and for children immediately after general anesthesia (Anders, Findeisen, Lode, & Usichenko, 2012).

Although weed is primarily used as a recreation agent, its functions extend beyond this mere assertion. Synthetic cannabinoids are being used for nausea relief. The profound benefits of using weed has been phenomenal that the Australian government has allowed for its use in medical subscriptions. However, the government calls for appropriate administration of the drug as poor compliance to guidelines can result in intolerance on otherwise effective treatment (Australian Government, 2017). This remedy can be ordered from online dispensary CBD Oil in Canada today.

Taking a comfortable pose and sitting calmly (Important to stay up, especially after recent eating.) Breathing slowly and deeply and imagining that you’re in a quiet, soothing place – this kind of self-suggestion works as especially efficient psychological method calming down nausea. Movement can aggravate nausea, that is why sitting can change self-perception for better. Distraction from feelings allows recharging after a hard gym workout. Simple remembering some calm place from the childhood or imagining yourself sitting on the street on a beautiful spring day and admiring the picturesque landscape can help beat nausea and even prevent vomiting.


Vomiting is a health condition that can be caused by many factors including food poisoning, workout-associated overload, migraines, and morning sickness among others. Vomiting leads to dehydration in a person’s body but can also cause strain and pain in other body organs such as the esophagus.

However, vomiting can be treated by eating snacks such as figs, antacids or a nausea medication, utilizing marijuana or the ancient method of acupuncture. That said, when faced with this disease on a regular basis after the training, consultation with a doctor would be the best decision for you.