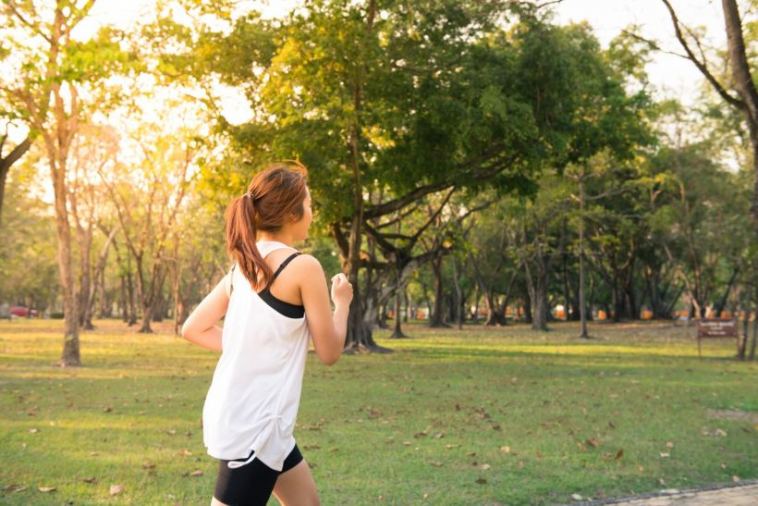 Many women experience some degree of incontinence while working out at least once in their life even if they are unaware of what it actually is. So before we dive into why incontinence happens not just at the gym but in everyday life and how to tips for helping with incontinence at the gym, let’s learn what it is.

Urinary incontinence is a common and fixable condition, affecting as many as 80% of women during their lifetime.

It affects women of all ages from pre-teens to post menopause and is associated with pelvic floor dysfunction. Stress urinary incontinence (SUI) is the accidental leakage of urine while coughing, sneezing, laughing, or during physical exertion.

The pelvic floor muscles are a group of several muscles that form a hammock to support the pelvic organs (the bladder, uterus, and rectum in women).

The urethra, vagina, and rectum pass through the PFM, and they are responsible for forming closure to prevent leakage of urine or feces. Likewise, they must be flexible enough to open to allow for urination and defecation during toileting.

The pelvic floor muscles may become weak after pregnancy and vaginal birth, or with repetitive straining such as with chronic constipation, heavy lifting, and with impact sports such as gymnastics, basketball, volleyball, running, and skiing.

Why You Pee When Working Out

It is important to recognize that bladder leakage during physical activity is common, but not normal. This issue should be addressed as early as possible, as the long term effects of exercising in a manner that forces urine leakage can be serious and long lasting.

SUI during physical activity is a product of imbalanced forces within the thorax. Specifically, forces in the body above the bladder exceed the strength of the pelvic floor muscles. If the trunk is thought of as a house of our internal organs, the diaphragm forms the ceiling, the pelvic floor forms the floor, and the abdominals and deep back muscles form the walls.

The abdominal muscles work in symphony with the pelvic floor muscles, diaphragm, and small muscles in the spine to stabilize the trunk, promote effective breathing, and maintain IAP.

If the abdominal muscles are tight, or over-activate during exercise, they can place high levels of pressure over the pelvic floor, resulting in SUI.

Thus, SUI may be due to weakness of the pelvic floor muscles, which can happen as a result of heavy impact on the body, or it can result from bearing down, or holding your breath during physical activity.

This is commonly seen in weight-lifting, gymnasts, runners, or athletes who jump repetitively.

Often they are called the “Kegel muscles”.

There are many ways to perform a kegel exercise to build muscle strength, and many women perform them incorrectly. It is important to recognize that during a Kegel, the pelvic floor muscles must pull up and inward, without activating other muscles groups such as the glutes.

It is important not to bear down, hold your breath, or pull the abdominals muscles inward. The abdominals will contract very slightly during a Kegel, however they should not be pulled in forcefully. A helpful image to use while performing kegels is to imagine that you are shutting off the flow of urine, or attempting to pull a lima bean into the vaginal opening.

The Kegel contraction can be held for 10 seconds for multiple repetitions to build pelvic floor muscle endurance. They may also be done quickly at maximum effort to build speed and power of the muscles. Both components of muscle health are beneficial in combating SUI.

As you may have guessed, one of the best parts about Kegels is they can be done discreetly. You’ll be able to perform them while at the gym, doing Yoga or in the comfort of your own home.

Tips to Help Incontinence at The Gym

In order to address pelvic floor dysfunction and strengthen the pelvic floor muscles, it is necessary to contract them properly, and train them to be strong and flexible enough to withstand the forces that physical activity demands from your body.

Here is how you can stop the leakage at the gym:

Visit a trained Pelvic Physical Therapist: Pelvic floor physical therapists are uniquely trained to assess and treat urinary incontinence in women as well as men. They can teach exercises and do manual therapy for muscles that are too tight, and tailor a pelvic floor strengthening program for pelvic floor muscle weakness.

Use a tampon while you work out: a tampon can help compress the urethra through the vaginal wall during impact of exercise which can help stop urinary leakage.

To do this, imagine that the urethra (where urine comes out) is a telescope, and you want to pull that telescope up and into your body. Do not contract the gluteal muscles.

This is the same action used to shut off the flow of urine. Practice isolating these muscles in conjunction with your breathing in order to decrease the force of IAP. To do this, Inhale, and relax.

Exhale gently and contract the pelvic floor muscles. Practice while lying down, sitting, and standing. Begin by holding the contraction for 5 seconds, for 10 repetitions, 3-5 times per day.

Exhale during exertion while you work out: the diaphragm and pelvic floor work together in a piston-like manner as discussed above. You can use this to your advantage when you lift to prevent leaking by exhaling and contracting the pelvic floor before and during the exertion phase of your exercise.

This can also work during dynamic or plyometric exercises like jumping. The key to training the pelvic floor muscles to withstand more ballistic pressure during running and jumping, is to train the timing and coordination of the contraction.

It is important to remember that leaking at the gym might be a common phenomenon. However, that does not make it normal or simply a “side effect” of straining excessively. Continuing to push through urinary incontinence while working out can make the condition worse over time as we mentioned earlier.

The pelvic floor muscles are muscles just like everywhere else in your body, and they can be strengthened and retrained how to contract properly during workouts to cure SUI.

As with any physical exercise, technique is very important. Women who concentrate on staying consistent and performing the exercises using the right techniques will always see better results.

Pelvic floor strengthening programs should include both endurance and coordination training of the pelvic floor with the diaphragm, and it is also worthwhile to see a pelvic physical therapist to help address other underlying issues.