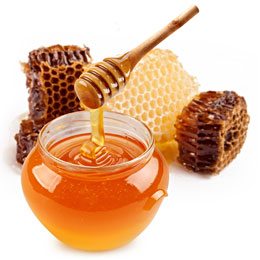 Everyone knows that bees are responsible for making honey, but the actual process is not as commonly known. When our hunting and scavenging begins and ends at grocery stores, it’s easy to forget about the workers that make the product available to add to tea or spread on bread. In order to produce one jar of honey a bee would typically need to circle the world three times and within the span of a year a colony of bees can consume up to around 200 pounds of honey.

Bees fly from flower to flower searching for sugary liquid called nectar. This nectar is siphoned out of flowers through the bee’s long tongue-like structure. The sweet liquid is then stored in the bee’s crop or other stomach. When the nectar is inside the crop, it comes into contact with enzymes that alter the chemical composition and pH of the liquid. This chemical change makes the nectar suitable for long term storage.

The scavenging bee then returns to the hive to transfer partially digested nectar into another bee’s mouth. The bee then transfers this liquid into a honeycomb. At this point, the partially digested nectar is still watery and not viscous. In order for the watery nectar to thicken, bees fan individual honeycombs with their wings to increase the rate of evaporation. After the majority of the water evaporates, they seal the comb with liquid excreted from their abdomen. When this liquid dries it turns into beeswax and the honey can then be stored long term, but especially for winter months when food is scarce.

In several studies, buckwheat honey actually outperformed the cough suppressant dextromethorphan (an ingredient commonly seen in most over the counter cough medicines) in soothing nighttime coughs and improving sleep. The children tested coughed less frequently, less severely, and slept better than the children that did not receive honey.1, 2

There are other claims made about the health benefits of honey ranging from increased athletic performance to reducing ulcers, but they have not been thoroughly tested and more evidence is needed before these types of statements can be made.

Why Does Honey Turn Solid?

It is a common misconception to believe that honey has gone bad and needs to be thrown out if it turns solid. When honey turns into a solid it goes through a process known as crystallization. Crystallization is primarily affected by the glucose to fructose ratio. A typical jar of honey has glucose to fructose ratios similar to high fructose corn syrup; however, there are many different types of honey. Honey that contains more glucose will crystallize more readily than honey that has less glucose content.

When glucose crystallizes it separates from water. As crystallization continues, the solution becomes a stable and saturated form. Sometimes honey will separate into two distinct layers—with the crystallized layer at the bottom and the liquid at the top—or crystallization can be spread uniformly throughout. The latter is responsible for the chunky, unappetizing honey that is difficult to scoop and use as a spread.

To reverse the crystallization process and make your honey useable again, take the lid off of the honey jar and place it in a hot water bath for a few minutes until the glucose and fructose recombine. If you have a plastic honey container, do the same, but using warm water for a longer duration, so you don’t melt the plastic. You’ll notice that the honey will look exactly like it did the day you bought it. Feel free to give this a try if your honey crystallizes or separates.

Pasteurized honey is honey that is heated at very high temperatures to destroy yeast cells and other microbes that may have entered the honey during the manufacturing process. However, because pasteurization does have a unique destructive ability, deterioration of the honey is commonly seen through decreased enzyme activity as well as alteration of taste, fragrance, and appearance. Pasteurized honey tends to have a darker color.

Raw honey is as close to eating honey out of a beehive as you can get. It is obtained by extraction from the beehive followed by a settling or straining process. No heat is added during the manufacturing of raw honey. This type of honey may contain pollen and bits of wax normally found in suspension from the manufacturing process. Minimally processed honey is also sometimes sold as raw honey, so be sure to pay attention to the labels.

Filtered honey is a honey that has been filtered so that all of the pollen grains, air bubbles, and other noticeable particles are removed. This is probably the most common type of honey found in supermarkets. Though filtered honey is not pasteurized, it is still heated to high temperatures, which allows it to be filtered more easily. Filtered honey tends to have a lighter color and does not crystallize as rapidly as other types of honey.

Higher grades of honey, such as A-grade honey, will have less water content. They will also be free from caramelization, smoke, fermentation, chemicals, and other substances that could potentially alter the flavor, aroma, or appearance of the honey. 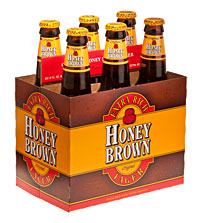 Make your own honey beer! Honey is easily fermentable and very stable due to its low water content. Often times beer brewers will add honey to raise the alcoholic content of beer while lightening the body. People like to drink beers that have been fermented by honey because they tend to be less bitter. Raw honey is best for brewing as it is in an unheated and unprocessed state where all of its innate qualities remain intact.

Eat the honeycomb! Some people have stated that crunchy honey combs taste great when paired with cheeses. Chew on the wax until the honey is gone and spit out the beeswax when finished.

Treat your wounds! Honey is sometimes used as an antiseptic because it contains antimicrobial properties. Topical administration of honey has aided in the treatment of wounds and burns.

There are several different types of honey and they can all be used for different purposes. Next time you’re at the grocery store you can think about tasting a different type of honey or pairing it with different foods like salads or cookies and cake.