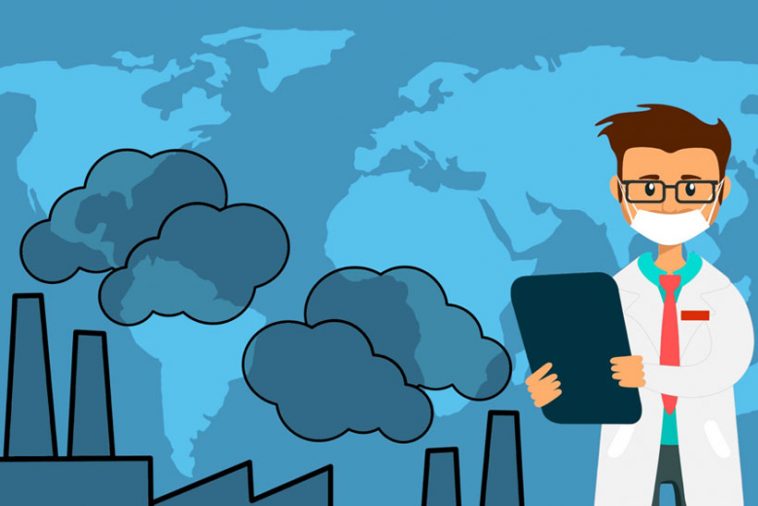 You might think that there is nothing better for you than going outside and getting some exercise, but according to the American Lung Association, you could do yourself more harm than good. Their latest State of the Air 2018 report shows that 41 percent of Americans live in counties where they are at risk from air pollution. That’s more than 133 million people.

So, what is the problem with pollution and what can you do to limit the damage it can cause to your body?

Introducing new measures to limit the most polluting vehicles in the British capital, London Mayor Sadiq Khan recently described polluted air as “a public health emergency,” and he wasn’t exaggerating. Pollution has linked to all kinds of health problems in the young and old alike. Even before we are born, pollution can interfere with the placenta, leading to premature birth and low birth rate. Pollution can even reduce the size of your lungs as you grow up, with some studies showing as much as 5 percent loss in lung capacity in children raised in high-pollution areas.

Over time, polluted air can cause problems with our lungs, such as asthma and bronchitis, and even more surprisingly, it can also cause damage elsewhere, too. The smallest particles can pass right into the bloodstream, leading to negative health effects across the whole body. Pollution is attributable to everything from heart attacks to strokes to dementia.

How bad is the problem?

Naturally, the problem of pollution varies depending on where you live, with the Midwest doing significantly better than the more built-up coastal states. California, for all its reputation for a healthy lifestyle, is one of the most polluted areas in the U.S. Eight out of the top 10 cities for ozone pollution are in the state, and it also scores high for year-round and short-term particle pollution. What’s more, not a single Californian city ranks in the top 15 in any of the cleanest air tables.

Overall, 133.9 million Americans live in counties where the air is harmful to health, with more than 7.7 million of us living in counties with unhealthy levels of all three pollution measures. These figures have risen since the last State of the Air report in 2017, which put only 125 million people in danger. On a positive note, the Clean Air Act has begun to have a positive effect, and the legislation will reportedly save 230,000 lives and $2 trillion by 2020.

What can I do about it?

With pollution a real danger in many American cities and urban areas, you need to take precautions for the good of your health. Otherwise, your daily exercise could do you more harm than good. The first thing you need is information. The quality of your local air is carefully monitored, and you can get the results either from the American Lung Association’s smartphone app or online at airnow.gov.

If the air quality is not good, it doesn’t mean you have to stay home and play games on your iPad instead of enjoying real exercise. You can still go to the gym and walk, or run on the treadmill, or head for your local shopping mall and walk briskly around indoors. Even if the air quality looks acceptable, you should still avoid running alongside the highway, and it is worth remembering that cars and trucks can pollute the air up to a third of a mile away, so keep your distance.

You can play your part in keeping the air clean by walking or cycling short distances rather than driving. And if you do have to drive, try forming a carpool with friends to cut down on the number of vehicles on the road. You could even trade in your gas guzzler for a hybrid or a fully electric vehicle to reduce emissions.

With a little extra effort from each of us, we can make a real difference to the quality of our air, which increases the benefits we get from our exercise. There is nothing quite like taking a long run outside, away from the pressures of work, the noise of family life and the stresses of daily living. But it is up to each one of us to make sure that our run does us more good than harm.