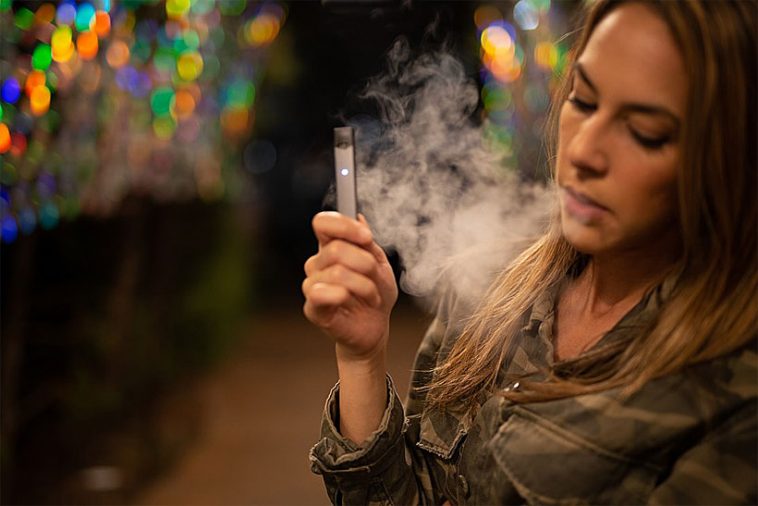 Vaping and a Healthy Body 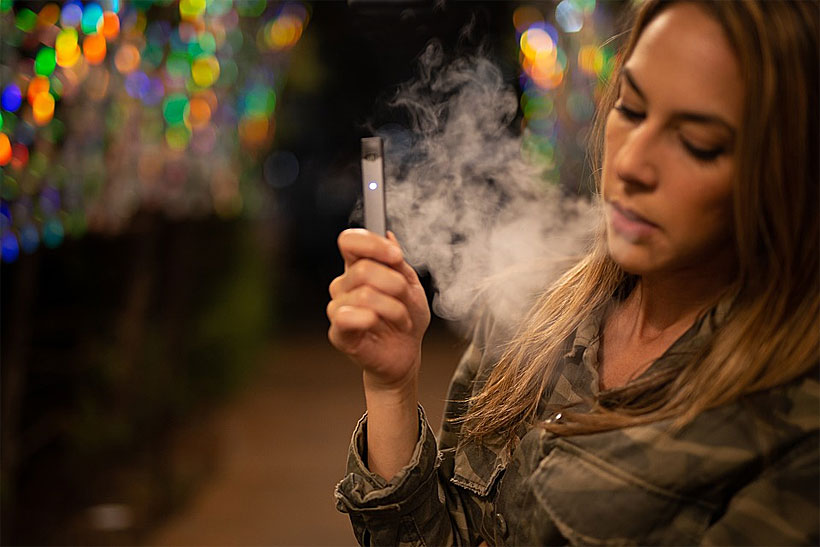 Taking smoke into the body is incompatible with a healthy lifestyle – yet the temptation is strong and difficult to overcome.

Those seeking to quit smoking to pursue a healthier lifestyle often either seek out a smoking cessation strategy such as nicotine patches or gum, or alternately, find something satisfying that does not deliver the carcinogens contained in combustible cigarette smoke.

Part of the problem is that the psychological satisfaction a smoker derives from smoking simply cannot be replicated with a nicotine patch, which is why this particular solution often falls short. Some turn to overeating to fulfill their oral fixation, which is harmful in an entirely different way.

Herbal, nicotine-free cigarettes don’t offer a meaningful alternative – while they may lack the nicotine contained in traditional tobacco cigarettes, they still produce smoke – and any type of smoke is harmful. In fact, herbal cigarettes still deliver relatively high levels of carbon monoxide and other toxins.

There is also a persistent myth that very low nicotine content (VLNC) cigarettes are less carcinogenic than traditional cigarettes, which has definitively demonstrated time and again to be an inaccurate contention.

Although the decreased nicotine content may render these cigarettes less addictive, the process of smoking them still requires the burning of plant matter, which in turn releases the same level of carcinogens found in traditional cigarettes.

It’s important to note that nicotine is not the cancer-causing agent in cigarettes, but rather the compound that instigates addiction. Rather, the tar, the 4,000 chemicals, and the carcinogens contained in the smoke are what pose the real health hazard.

Is Vaping a Viable and Healthier Alternative?

Whether vaping is a viable and healthier alternative has been subject to some significant debate, and vaping is often incorrectly equated to smoking. E-cigarettes take a liquid made of propylene glycol and vegetable glycerin, and vaporize it by applying heat. This is a stark contrast to smoking, which requires the burning of matter to produce smoke. As a result, the amount of toxins inhaled into the lungs is significantly reduced.

The FDA notes in a recent position paper that “based on current available evidence, using current generation e-cigarettes is less harmful than smoking cigarettes.” The agency further notes that “switching to the exclusive use of e-cigarettes is preferable to continuing to smoke combustible products.” In fact, in a recent statement, FDA Commissioner Scott Gottlieb stated that “if we can switch every adult smoker to e-cigarettes, it would have a huge public health impact.”The National Academy of Sciences also confirmed that vaping is safer than smoking, and that there are no known long-term health effects.

The report also notes that second-hand vapor is safer than second-hand tobacco smoke, vaping is less addictive than smoking, and that switching from combustible cigarettes to vaping will lessen health risks. Multiple scientific reports clearly contradict the anti-vaping lobby’s contention that vaping is just as dangerous as cigarettes. These agencies do not encourage people who don’t smoke to start vaping – the health risks are significantly less, but not nonexistent.

What About Diacetyl and Popcorn Lung?

Some vaping liquids contain small amounts of diacetyl, the chemical implicated in “popcorn lung,” a respiratory disorder that was seen in workers in microwave popcorn factories where diacetyl was used as a flavoring agent. Recent FDA guidance and industry best practices, however, will implement in-house testing of vape liquids to determine the presence of diacetyl and other chemicals.

Indeed, the majority of reputable e-juice manufacturers offer lab reports for each of their flavors, which depict the levels of diacetyl and other chemical compounds that exist in their products. Vapor Authority, one of the more established online vendors of vape equipment and e-liquids, offers a good selection of vape liquids from companies which already do in-house testing, including the Halo line, which is diacetyl-free. 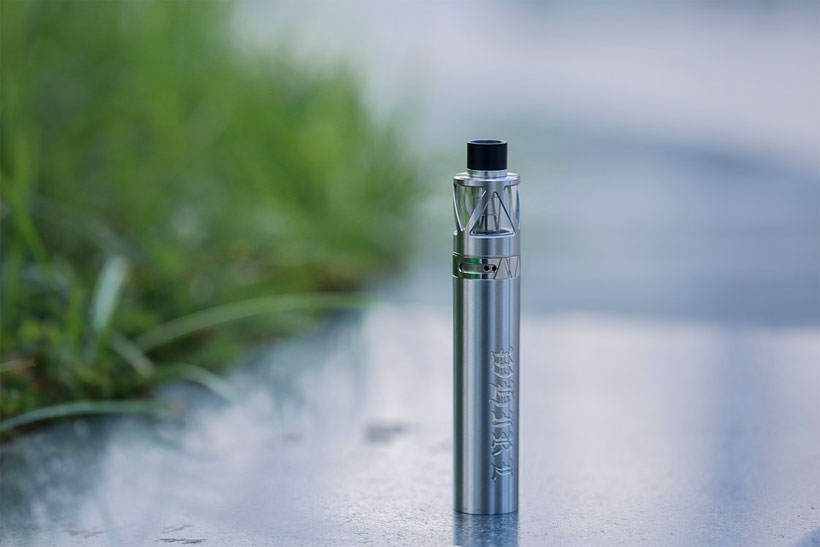 As current research proves, one of the best ways to quit smoking is by vaping.

Finding the right vape device and the right e-liquid will give you the same kind of satisfaction that smoking can.

While vaping kits have improved over the years, making it much easier to make the switch, there is still a learning curve that you will have to overcome.

Here are some easy steps to start vaping and to quit smoking once and for all.

Step #1: What Experience Do You Want?

Before you even buy your first vape device you need to ask yourself what kind of experience you want.

What do you actually like about smoking in the first place? Answering this question will give you a good idea of what kind of vape you will want.

Here are some questions that will help you make a decision about which e-cig to buy:

Now that you’ve decided what kind of vaper you want to be, and before you start looking at e-juice flavors it is time to look to see what device will suit you best.

If you are looking for a nicotine hit then you will need to choose a device that uses a heating element such as coil or wick. They will need a high level of resistance to keep them from wearing out too quickly.

These types of devices need less power, meaning you can use vape juice with higher nicotine content. They are also smaller and more discrete, and because they use less power the batteries will last longer.

If you are looking to create enormous clouds of vapor then you will need a more powerful device.

These larger devices will have a coil with a lower resistance. They will also have a larger tank and a need for more batteries. Therefore these more powerful devices will be much larger in size.

Vape juice is made from propylene glycol or vegetable glycerine, as well as nicotine and flavorings.

You simply put it into your vape device and vape it, which sounds easy enough. However, once you realize just how many different flavors and brands there are you may become a little intimidated.

When choosing your e-liquid there are two question you will need to ask. How much nicotine it contains, and what flavors you like?

Now, if you have chosen to use a vape that produces large clouds (one with a low resistance coil and high power) then you will need to choose an e-liquid with low nicotine content. This is because of the larger amount of nicotine you are able to consume with each hit.

For lower power systems then you will need to opt for a juice with higher amounts of nicotine, to ensure you are satisfied with each puff.

As for flavors that is a personal choice.

When it comes to vaping you need to make sure you have some spare parts around, especially coils and batteries.

Batteries are important because sometimes you may forget to charge your device.

As for coils, they are found inside the tank and they will need to be replaced every so often as they will wear down over time.

Once you start to notice that your vapor starts to develop a bitter taste then it is time to buy a replacement coil.

This may seem like an obvious step, but it is one that many of us will fail to take.

By reading the instructions then you will ensure you will get 100% satisfaction from your chosen device.

The most important step is to make sure not to start vaping straight away. Always make sure to leave your vape for five minutes after filling with e-liquid, making sure the coil is completely covered.

The reason for this is to ensure you are not taking a dry hit. This can ruin your coil, and leave the vapor tasting horrible.

If you follow these steps then you are now ready to start vaping. Before long you will become an experienced vaper and will forget about smoking ever again.

As a smoking alternative or cessation tool, the science has shown that vaping is a better option when sourced from a reliable vendor, and useful as a tool for those who wish to find a viable alternative to combustible cigarettes.