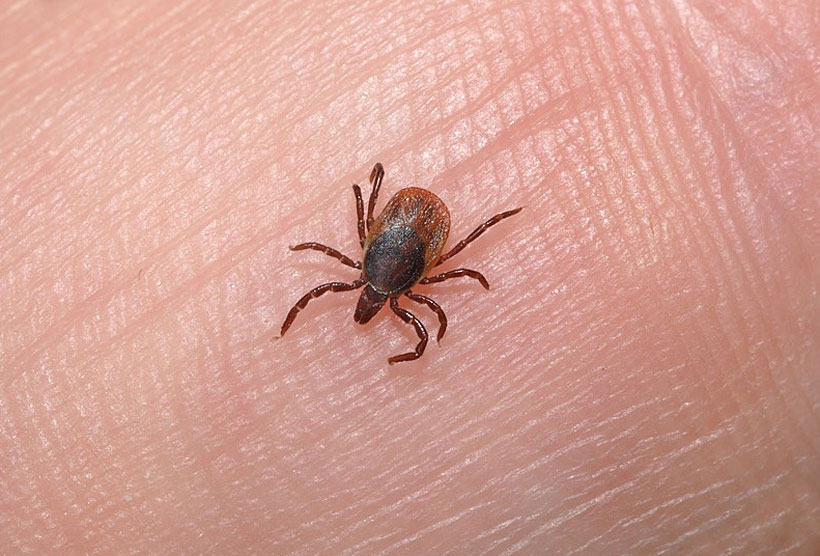 A parasite is an organism that lives off another organism. These organisms include tapeworms, roundworms, hookworms, and others that live both inside and outside the body.

If you think parasites only afflict people in developing countries, think again. Dozens of such cases are reported in the United States every year.

Although they are everywhere, there are some particularly nasty ones in less developed subtropical countries in Asia, Africa, and South America where there are lower standards of hygiene, favorable conditions for the proliferation of the parasites, and inadequate amenities to deal with infections.

The following five symptoms are indicative of a parasitic infection:

Weight loss is a good thing if you are actively trying to rectify an overweight situation. However, sometimes it happens inexplicably. Many diseases can cause such an occurrence and parasites should be ruled out. Tapeworms live in the intestines where place themselves strategically to absorb the food you consume. Consequently, you may lose weight because nutrients are not reaching your bloodstream. Weight loss by itself cannot tell much about the possibility of you harboring a parasite. Therefore, if you are shedding weight and at the same time experiencing frequent stomach upsets, vomiting, and a loss of appetite, they may be the culprit.

When you have a parasitic disease affecting the intestinal tract, you may find yourself going to the bathroom frequently. Even when you go in there, the fecal matter usually is watery diarrhea. One of the most common causes of this is Giardiasis, which is a common parasitic disease affecting many people in the United States. Giardiasis is caused by a parasite scientifically known as Giardia Lamblia. It latches onto your small intestines and causes unpleasant symptoms like gas, dehydration, abdominal pains, and most notably, watery diarrhea.

Some parasites get into your body by boring through your skin. If you have one of them, you will notice skin rashes, rosacea, eczema, or hives. The parasite associated with skin rash is the Roundworm. Roundworms get into your body when your skin comes into contact with contaminated surfaces, but mostly soil. Therefore, you will be infected if you walk around barefooted in infected dirt.  The larvae bore your skin, causing an itchy patch. If you notice it, visit your doctor to have them run some tests.

When you have a parasitic infection, you are likely to suffer from exhaustion and a general feeling of apathy. Remember that the intestinal parasites extract nutrients by gorging your food before it gets absorbed by your body. Some parasites also cause dehydration, lack of appetite, diarrhea, and vomiting. Therefore, your body lacks energy-giving nutrients — other kinds of parasites (like Plasmodium; malaria) in the blood, attack red blood cells, causing a shortage of oxygenated blood in your body which leads to a general feeling of lethargy.

Parasites are not confined to the intestines. Some of them live in the lungs where they cause symptoms like shortness of breath and coughing. A disease called Paragonimiasis is caused by a flatworm known as a lung fluke. It enters the lungs via the diaphragm where it lays its eggs. It is very distressing.

How to Treat Parasitic Infections

The first step to take when you notice any of the above is to book an appointment with a doctor. Questions regarding your travel history will come up to identify where you may have acquired an infection. The doctor will carry out some tests to ascertain the exact parasite that you are struggling with. They may be blood tests or stool tests depending on your symptoms. The good news is that all parasitic infections are easily treatable. As far as getting rid of the parasites go, detox supplements are very effective. They are natural and, therefore, eliminate the parasites with minimal side effects. Other treatments can be administered, but they tend to be less effective. Good nutritional practices can also help combat the effects of parasites on your gastrointestinal system.

Even though they are easy to treat, the better alternative is to minimize the risk of getting infected in the first place. When you go to a country where parasites are rampant, exercise caution, especially when it comes to handling food and water. The following measures can be particularly helpful: