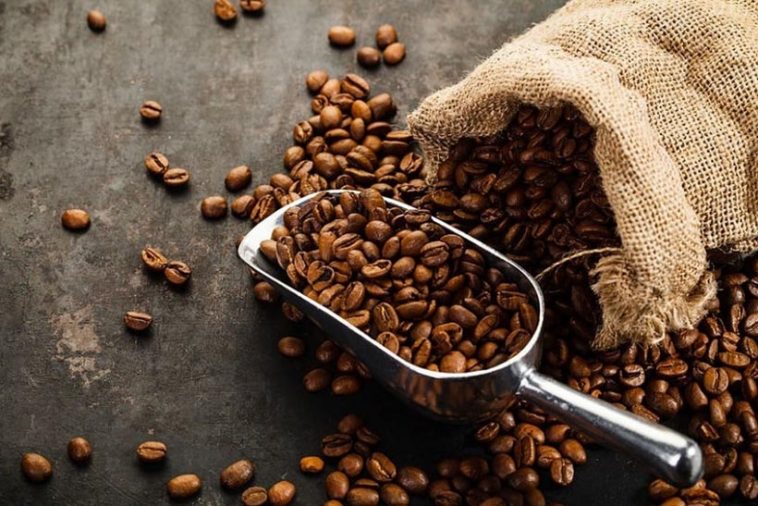 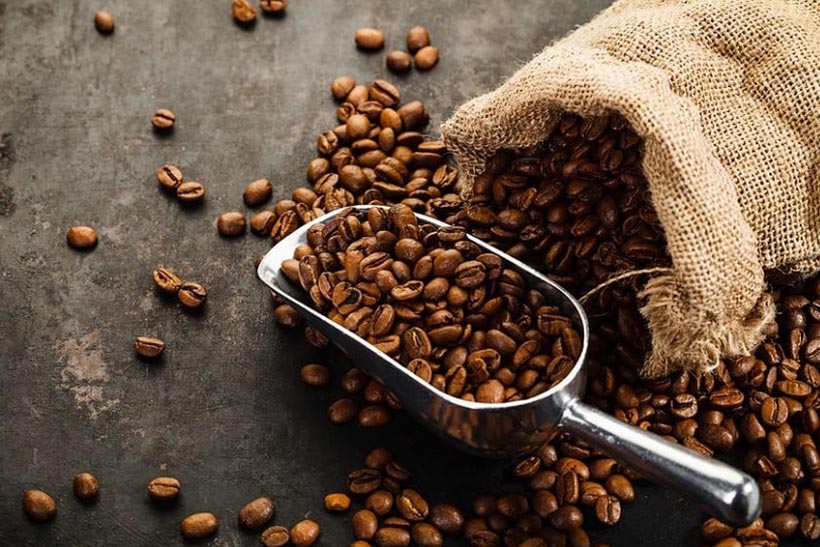 The most widely used stimulant in the world, caffeine is found in a variety of plants as well as commonly consumed foods and drinks such as tea, chocolate, cocoa, cola, and of course, coffee.

Caffeine is becoming increasingly popular among athletes, available as energy drinks, sports gels, supplements, and even injections. Additionally, many weight-loss supplements out there rely on caffeine for their mechanism of action.

Is the growing use of caffeine during exercise justified in terms of athletic performance and weight loss? And moreover, is combining caffeine and exercise safe?

Effects of Caffeine on the Body

Caffeine is considered a nutritional ergogenic aid. An ergogenic aid is anything that assists in the production of energy, thereby enhancing performance. Caffeine and exercise are often combined by those looking for a boost in athletic performance or exercise motivation.

Caffeine has some very interesting effects on energy metabolism during exercise. Caffeine acts to mobilize excess fat stores in both the adipose tissue itself and in skeletal muscle. The body begins metabolizing fat for energy instead of glycogen, its normal go-to source of stored energy. This translates to more fat being burned and higher physical endurance as more glycogen is spared for later. This effect is well-documented in elite athletes and highly conditioned exercisers, but more research needs to be done to see if the same thing happens with less-conditioned people.

Other general effects of caffeine on the body may affect physical performance in major or subtle ways. Caffeine affects everyone a little differently, so what you experience with caffeine may be very different than someone else’s experience.

The possible effects of caffeine run a continuum from pleasant to troublesome:

Use caution when combining caffeine and exercise. Don’t suddenly increase your dose until you know how your body reacts to caffeine. Some people are quite sensitive to caffeine’s effects while others are less sensitive. The reason for such wide variance is still unknown to scientists.

People have enjoyed the benefits of caffeine for thousands of years. In fact, there is evidence to suggest that humans have consumed some form of caffeine as early as 600 BCE.[1]

Today, people enjoy caffeine as part of a balanced diet to energize and stimulate them for a variety of reasons; whether to prepare them for the day ahead, as part of a refreshing drink, or to boost energy levels for sports and fitness activities.

With so many people enjoying caffeine as part of their daily lives, whether for leisure, work, or for fitness, an important question must be asked, and that is, “how much caffeine is too much caffeine?”

How much caffeine can you take in a 24-hour period?

Unlike some stimulants, caffeine is relatively safe to consume, even in large doses. Both the European Food Safety Agency (EFSA)[2] and the US National Academies of Science (NAS)[3] conclude that a healthy adult may consume as much as 400mg of caffeine per day without experiencing negative side effects.

That said, how much someone takes, and whether they experience negative effects, is relative to a range of factors, including fitness levels, how often caffeine is consumed, and how active they are.

For instance, the EFSA states that a person can take as much as 200mg of caffeine at once without any side effects “when consumed less than two hours prior to intense physical exercise”.

On the other hand, if a person consumes approximately 100mg of caffeine just a couple of hours before going to bed, it is likely that their quality of sleep will be negatively affected.

With these concerns in mind, how much coffee and energy drinks do you have to drink to consume 200mg of coffee?

Although a person can drink at least one energy drink before they hit their caffeine limit, it’s important to remember that these drinks contain other ingredients (such as sugar), that can quickly take you over your recommended daily allowances.

What happens if a person ingests too much caffeine?

It’s also worth bearing in mind that people with heart conditions must also be careful about how much caffeine they consume, as just one serving can raise a person’s blood pressure for as long as three hours.

If a person ingests too much caffeine, and begins overdosing, there is never just one symptom, but the most common ones include:

It’s also worth noting that like many drugs and stimulants, if a person suddenly stops taking large amounts of caffeine over an extended period, they can experience withdrawal symptoms.[5]

Some of the most common symptoms include:

If you regularly enjoy large amounts of caffeine throughout the day, and want to reduce your intake, it is recommended that you do so gradually over a series of days or weeks.

How can I safely enjoy caffeine?

Most of the time, a person should not need to worry about how much caffeine they are consuming, unless of course, they are drinking multiple energy drinks in a single day.

Even if a person has a physical job, or enjoys regular exercise, they must be careful about how much caffeine they ingest when consuming large or multiple amounts of energy drinks or sports supplements.

Caffeine, according to websites like legwork.guide, is also a common fat burning and/or pre-workout ingredient. So, if you are currently taking this type of supplement, as a precaution, make sure you reduce your caffeine consumption.

If you still want to enjoy energy drinks or coffee, while also taking supplements, it is recommended that you consume extra caffeine just after you have eaten.

This can reduce the chances of the caffeine irritating your stomach lining while also reducing the chances of heartburn. This is because caffeine stimulates the stomach, causing it to produce the acid that breaks down food.

Caffeine consumed on an empty stomach can also cause low blood sugar and initiate cravings for more caffeine. It is advised therefore, that coffee enjoyed on a morning should be accompanied by a good breakfast or morning snack.

Regulate when you take caffeine

As caffeine is a stimulant, when you take it plays a big role in how it can affect your body and everyday life.

If you are finding that you are having trouble sleeping on a night, consider how much caffeine you consume throughout the day and gradually lower the amount as you head into the afternoon.

Many experts suggest cutting off caffeine intake altogether at least six hours before you go to bed. This is because caffeine has a half-life of three to five hours, so it can still affect your body long after you first consumed it.[6]

As we discovered earlier in the article, caffeinated drinks vary in the amount of caffeine they contain. While some energy drinks have smaller doses of caffeine, others rely on separate ingredients to offer stimulation and energy.

With this in mind, it is best to know which caffeinated drinks contain other, less healthy ingredients, such as sugar or refined syrup.

If you can, try to keep your caffeine doses as healthy as possible and try to cut out caffeinated drinks with unnecessary additives.

As stated above, caffeine consumption causes the body to mobilize fat stores before dipping into its glycogen supply, where it normally gets it energy.

From a performance perspective, this means caffeine can lead to increased endurance. If fat stores are quickly mobilized, that means more glycogen is spared for later use. Athletes can then exercise for a longer time period before tiring out, which is good news for competitive endurance athletes! Also, caffeine’s psychological effects can lower an athlete’s rate of perceived exertion. Due to the strong mind-body connection and the importance of motivation in athletic performance, athletes may exercise longer due to a decreased perception of fatigue, even if their body is just as fatigued by purely physical standards.

Caffeine has also been found to boost performance during intense bursts of exercise lasting around five minutes. However, attempts to establish a performance increase associated with caffeine use during very short sprinting-type exercises have been unfruitful. Much better evidence exists for caffeine’s efficacy in boosting endurance performance due to the sparing of glycogen for use later in the exercise session.

The proper dose of caffeine for performance increases is between 3-9 mg per kg of body weight. One large mug or two regular 8oz cups should do the trick for most people. Lower amounts have failed to appreciably increase performance, and higher amounts tend to lead to the nastier side effects of caffeine including the jitters, anxiety, irritability, and even heart palpitations.

The effects of caffeine on exercise performance can be tricky to manipulate, since caffeine is a drug that causes tolerance to develop very quickly. In other words, caffeine becomes more of a maintenance drug for habitual users. Some athletes who are habitual caffeine drinkers will cut down on their consumption a few days before an event so their tolerance drops, then take caffeine an hour before the event to boost their performance.

If you choose to manipulate caffeine and exercise in this way, make sure you try the process first before your event. You don’t want to mess yourself up on race day. The withdrawal symptoms may interrupt your training schedule and actually lead to decreased performance during your event. Results are difficult to predict since there is such a varied response to caffeine among different people, so make sure you know exactly how your body will respond before relying on manipulations of caffeine for performance gains for your actual competition.

Of course, many of you will be wondering what increased metabolism of fat driven by caffeine means for weight loss. Many supplements trumpet the use of caffeine for weight loss, or are simply stuffed with caffeine even if it doesn’t say so right on the front of the package. It seems pretty straightforward in theory: increased mobilization of fat means more fat is burned, which equates to more fat loss, which sounds promising for people looking to lose weight. However, there are not enough valid scientific studies conducted on human subjects to truly establish caffeine’s efficacy and safety as a weight loss supplement. The studies that have been done show weight loss on the order of a few pounds, not the massive weight loss supplement companies are claiming to deliver if you take their caffeine-packed pills.

If there is a “magic bullet” for weight loss, it hasn’t been found yet, and it certainly isn’t caffeine according to the current evidence. The best way to lose weight is still the old-fashioned way: simply eat a nutritious diet and engage in a fat-burning workout plan, expending more calories than you consume.

Caffeine Before a Workout

If you find that you get a little boost when you combine caffeine and exercise, feel free to have that caffeine before a workout. As stated in the section on caffeine and performance, caffeine may indeed activate physiological and psychological systems which help you exercise harder and longer.

If you do choose to combine caffeine and exercise, here are a couple recommendations:

For example, use caution when combining caffeine and exercise. Don’t suddenly increase your dose until you know how your body reacts. Some people are more sensitive to caffeine’s effects while others are less sensitive. The reason for such wide variance is still unknown to scientists so it’s best to proceed with caution.

If you’ve read this guide from top to bottom, you should know at least have a better idea of how to proceed if you want to experiment with caffeine, whether it’s for the energy boost, or to help you lose weight or simply perform better.

Of course, if you haven’t been a regular consumer of caffeine for long, if at all, absolutely consult your doctor before you take the plunge. While caffeine is generally safe, especially in moderation, there are potential side effects, so it’s always best to get the green light from a professional.