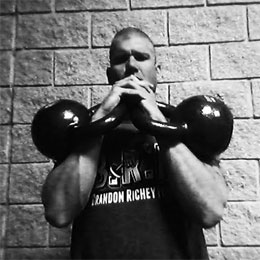 What is Functional Training?

Functional training has recently become a popular buzzword in the fitness industry. However, if you line up several trainers and ask them to define functional training, chances are you’ll get several different answers.

Functional training is often misunderstood; many people associate functional training exercises with the explosive power training methods employed by elite athletes and attempt to train in that way before their body is truly ready to do so. This is not a great strategy toward functional fitness; there’s nothing functional about injuring yourself!

In actuality, functional training exercises are simply full-body movements in multiple planes of motion that mirror the activities you do in daily life, such as squatting, lunging, pushing, pulling, and twisting. You squat every time you get down to pick something up off the floor. You twist your torso to get out of your car and you push with your arms and chest to shut the car door. A lunge is an exaggerated form of your walking gait.

Functional training focuses on the “transfer effect”, wherein gains in functional strength and neuromuscular coordination carry over to activities of everyday life and athletic feats, improving performance while decreasing the risk of injury.

This article is meant for those new to functional training, going over basic forms of functional training exercises; however, even advanced exercisers will find a lot of benefit in these movements. Body weight is more than enough for many of these exercises, but once you have perfected the bodyweight-driven movements, it’s appropriate to progress by adding resistance or by challenging your stability.

If you train your body in an integrated way using functional training exercises, you will reap many benefits, including:

Functional training works the body in a much more holistic and integrated way than traditional strength training alone. In daily life as well as athletic performance, the nervous system thinks in terms of whole movements, not in terms of moving an individual muscle. While traditional strength training isolates individual muscles or muscle groups, functional training teaches the whole neuromuscular system to work in unison.

Through functional training exercises, you become more coordinated as your whole body works together to produce optimal movements. While a bodybuilder doing nothing but traditional strength training may look great aesthetically, we have to admit there is nothing functional about the type of strength built by most bodybuilders. There are generally weak links in a traditional bodybuilder’s functional capacity, as evidenced by frequent soft tissue injury and their stiff, inflexible gait. The bodybuilder may be able to bench a large amount of weight while laying supine on a stationary bench, but that skill may not transfer well to everyday life or to athletic performance.

The Versatility of Functional Training Exercises

Functional training exists on a continuum. If you are an athlete or even somebody into fitness, you take the fundamental everyday movements of squatting, lunging, pushing, pulling, and twisting to the next level in terms of speed and force. Advanced functional training exercises exist for athletes and advanced exercisers looking to increase their performance.

You may also be interested in plyometric exercise, as plyometrics increases the rate at which muscles can produce force, a key dimension of functional fitness. Plyometric exercises also exist on a continuum from beginning to advanced.

This article focuses on introducing functional training exercises for beginners. As stated above, the number one rule of functional training exercise progression is to master the bodyweight move before adding resistance. You will likely find that the weight of your body is plenty of resistance to achieve noticeable benefits from these exercises, however, once the body weight versions become unchallenging, add resistance or decrease the stability to push yourself further.

The bodyweight squat is one of the very best exercises you can do for the lower body, working the glutes, hamstrings, quads, and calves. A bodyweight squat simply mimics the motion to sit back on a low stool. Focus on proper form to prevent injury, as this move is tough on the knees and back if performed incorrectly.

The hips guide the movement, not the knees. Keep your knees stacked above your ankles and your toes pointing straight ahead as you sink back into the squat. Do not let the knees go beyond the toes. Ground all four corners of the foot and drive back through the heels to keep the primary action in the glutes instead of the quadriceps and hip flexors. Actively contract the glutes and engage the core muscles. The upper body should be stacked and stable with a slight natural curve to the spine, with the shoulders back and down.

If you struggle to keep your heels from rising as you squat down, your calf muscles are tight. For the time being, you can place something low such as a weight plate below the heels to give yourself something to ground against. You’ll want to correct your tight calves by adding calf flexibility training to your workouts right away.

Lunges are also one of the best exercises for the lower body, working all the major leg and butt muscles. A lunge is basically an exaggeration of a walking gait. From a standing position, one foot comes forward, the knees are bent deeply to lower and then raise the weight of the body, then the feet are brought back together before switching legs. You can stride forward or backward with your lunge, or even remain in one place if your space is limited.

Perfect your lunge form by keeping an upright upper body with shoulders back and down. Keep your feet parallel, and never let the knee go beyond the toe on the forward foot, keeping the bones stacked to properly distribute force. Keep your hips squared forward as if they are the headlights on your car and you want to drive straight down the road.

Body weight is sufficient for many people, but if you like, you can hold resistance in your hands while lunging once you’ve mastered the basic movement.

Pushing is another fundamental functional movement, and the best way to train pushing strength is through the classic push up. Push ups train the chest as well as the arms and core. Always start your push up sequence with your belly and chest flat on the floor to better address functional strength.

Keeping the elbows tight to the body, push yourself up without locking the elbows at the top. Keep your body straight as a plank from head to toe; if observed from the side, your ear, shoulder, hip, knee, and ankle should form a straight line. Engage your core muscles to keep the midsection from sagging toward the ground.

You don’t need to aim for maximal speed while doing push ups unless you’re power training. It’s actually just as effective to perform slow, controlled push ups as long as the time duration is the same. In other words, it doesn’t really matter if you do one hundred push ups or twenty push ups in thirty seconds as long as your form is optimized and your muscles are activated the whole time.

If straight push ups are too difficult for you at your current fitness level, the movement can easily be regressed by raising the incline of your upper body. For example, train by pushing against a wall, then a countertop, then a lower stable surface, then finally the floor once you’re strong enough. Don’t do knee push ups (AKA “girl” push ups) because it’s harder to sense your body’s alignment and you don’t engage your core enough from that position.

The push up can be progressed in difficulty by increasing the incline of the feet. Place your feet on a stable raised surface, or a stability ball if you want to further challenge your stabilization. You can raise one leg to further increase the resistance experienced by the upper body, or even raise one leg and the opposite arm. One-legged push ups can be done with the leg on the floor or with the leg placed on a raised surface to progress the movement.

Pulling movements oppose and balance pushing movements, and are just as important in functional training exercise. A great way to train pulling is through the well-known pull up exercise. Pull ups target the back muscles, arms, and core. You can do pull ups in the gym, at home with a pull up bar that fits in a doorway, or out and about in the world on monkey bars, etc.

When performing pull ups, always engage your shoulders by keeping them contracted back and down. This will prevent injury and make your pull ups easier and more effective by linking up your body. Use a full range of motion, but avoid overextending at the top; just bring the elbows in line with the body.

The pull up is a demanding movement in terms of upper body strength and stability, so you may want to begin with modifications until you’re strong enough to do the move unassisted. Avoid the pull up machine commonly found in gyms that supports your knees. The fact that your lower body is resting the whole time means you won’t build as much functional strength.

Instead, have a spotter give you a little boost at the bottom as shown in the video, or if you don’t have a spotter, place something underneath yourself that you can push against with your toes.

Additionally, focus on the lowering part of the movement (the “negative”) to build upper body strength for pull ups. From the position at the top, lower yourself very slowly. This is less difficult than pulling yourself up again and again, but it is still demanding on the muscles and will help build strength so you can do the whole movement more easily with time.

If you want more involvement of the biceps, turn your hands around so the backs of your hands are facing outward and your fingers are facing you. This is called a chin up, and it’s great for working all the areas addressed by the pull up while generating more activation in the biceps and chest.

Rotational movement should be a priority in functional training since many people injure their backs during twisting movements. There are many forms of rotational movements; the one I’ll talk about here is the resistance band torso twist, which builds core strength and stability by challenging the internal and external obliques as well as the deep core muscles in the abdomen and lower back.

Attach your resistance band to a stable object at waist height such as a doorknob. Standing with one side of your body toward the doorknob, grip the handle with both hands and rotate in a slow and controlled manner away from the doorknob, keeping the core contracted at all times to support your spine. Maintain an upright posture. Switch sides and repeat.