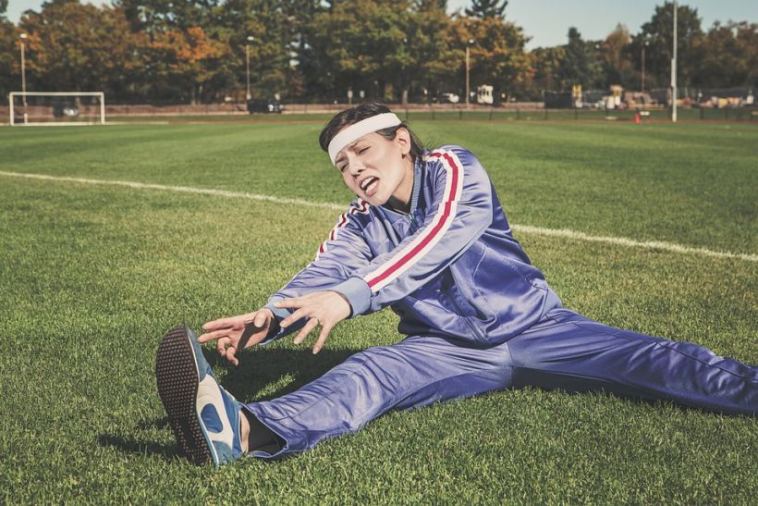 When most people start working out, they usually have the impression that they’re going to have a quick and drastic improvement in their physique. After all, the decision to start exercising and living healthy can introduce numerous changes to anyone’s life.

However, the truth behind achieving your desired physique is that progress isn’t linear. In fact, it’s very likely that beginners would encounter “beginner’s gains” right before they hit their first plateau, which is a period wherein there is no discernable progress.

There are many things that could be causing a plateau, and while there are many ways that you can break from a plateau, it’s safe to assume that the most preferred outcome is for beginners to attain their goals as quickly and as efficiently as possible. In order to do this, knowing what to avoid is just as important as knowing the things you need to do.

Some of the most common causes of plateaus aren’t just improper technique, insufficient rest, and poor dietary choices. The seemingly trivial things you do before a workout can have a significant impact on your progress. Here are some of the most common pre-workout mistakes that you should avoid.

Eating Too Much, Too Late

While most people are aware that they shouldn’t work out on an empty stomach, working out on a full stomach can be just as bad. The first reason is that the body redirects blood to the parts that are currently in use (for example: when working out, the blood is redirected to the extremity that houses the muscle group being exercised).

This is a mistake because right after eating, the body begins digesting the food consumed, which causes the body to redirect blood to your digestive system instead of redirecting most of your blood to your muscles.

This effectively causes your body to redirect blood toward your digestive system and your extremities at the same time, which renders the body inefficient at both digesting the food and at supplying the exerting muscles with much-needed blood. This causes you to feel nauseous, heavy, and tired.

Another reason that working out right after eating is bad is that digestion also requires a lot of energy. This is also why people tend to feel sleepy and even lethargic after eating a big meal, which is something you don’t want to happen during a workout.

As a general rule, as long as you finish eating at about two to three hours prior to your training session, you should be fine, but take note that people have varying metabolism rates and the amount of food and the percentage of fat in the food should also be taken into account. The more food you eat, the more time you need to allot to allow complete digestion. This also applies to drinking too much water.

Caffeine is a great way to boost your performance, focus, and motivation during training and they help users push their bodies further per session. It’s also for this reason that Caffeine is a primary ingredient in almost all pre-workout supplements.

Unfortunately, it’s easy to abuse caffeine. The problem with consuming too much caffeine is right before a training session is that it is a natural laxative, which creates contractions in the colon. This triggers bile production which ultimately increases the frequency of your bowel movements. Nobody wants to do squats while on the verge of a bowel movement.

Excessive consumption of pre-workout and caffeine can also cause side effects such as palpitations, heartburn, high blood pressure, insomnia, and anxiety, which will all affect your performance during training sessions and will also impede your rest, which will diminish your body’s ability to recover and grow.

Stretching is important to prime your muscles for rigorous exertion. However, not just any type of stretching will do.

There are two general types of stretching:

Static stretching, which involves the elongation of a muscle by applying a low force for a long duration (typically 30 seconds).

Dynamic stretching, which are active movements wherein joints and muscles go through a full range of motion.

Static stretches have an inhibitory, calming effect on the muscles, nerves, joint receptors, and muscle spindles, which is the exact opposite of what your body needs to prime a muscle group for rigorous exertion. Static stretches are best performed after a workout to help your muscles cool down and to also induce hypertrophy.

On the other hand, dynamic stretches often mimic the movement of the exercises that you’re about to perform. This is the type of stretch that the body needs to prepare for a particular activity and this can be commonly seen in athletes right before a competition begins. For example, an MMA fighter rolling their shoulders to loosen them, or a swimmer, circling their arms right before getting into the pool.

While this sequence can be beneficial for people who want to improve their cardiovascular health, this sequence can hurt your gains. Carbohydrates are referred to as the body’s “fuel source” because they are rich in glucose. Glucose is broken down into glycogen, which is stored in the muscles to be used as “fuel” when needed.

Doing a heavy cardio session prior to lifting creates an interference effect wherein the body’s glycogen stores are depleted during heavy cardio, which leaves the muscles with a lower fuel source. This then causes a significant drop in muscle performance, which translates to inferior gains.

The best way to perform a combination of weight training and cardio is to lift first, while glycogen levels are high, and to do cardio at the end of your training session when the body then uses oxygen and body fat as a fuel source.

Training Your Core Before Lifting

The core is used as a supporting muscle group in many compound exercises such as bench presses, pull-ups, squats, and deadlifts. The core muscles help stabilize the body as it is subjected to heavy weights.

Training your core muscles before lifting will not only diminish the quality and quantity of your reps, but it may also create safety issues when the core is too tired to support the major muscles being used. A weak core can cause you to round your back during a squat or deadlift, and it can affect your stability during a bench press.

Whether you plan to use a pain reliever in response to muscle soreness or in anticipation of the same, it is best that you don’t use pain relievers at all. The absorption of pain relievers combined with physical exertion can place a heavy toll on your liver and as is the case with food digestion, blood flow to your digestive system is reduced, which will cause your liver and intestines to work much harder to function.

The combination of pain relievers and exercise also diminishes the gut barrier function which is responsible for keeping bacteria from escaping from the intestines and into the bloodstream.

If muscle soreness is so severe that you want to take a pain reliever, you’d be much better off just resting for the day. If you’re worried that the muscle soreness is going to be so severe, you need to get used to the pain and allow your body to adapt to the pain. As you continue to work out, your muscles become denser and more resistant to the strain they are subjected to.

Taking a Long Nap Before Your Training Session

While 20 to 30-minute power naps have been proven to increase energy and focus, sleeping for longer than 30 minutes will leave you more lethargic than energetic. This is because of sleep inertia, which is a condition wherein the brain wants to continue sleeping even when it’s been woken up. This hinders your ability to focus and react, which will not only diminish the effort you can exert during your training session but it also increases the risk of an accident.

While many of these things may seem obvious, they are some of the most common pre-workout mistakes committed by beginners. Remember to avoid these mistakes to make the most of your training sessions and to help you avoid causing injury to yourself. If you’ve hit a plateau or your body is taking too long to show some progress, you might want to check if there are some habits that are killing your gains. Never hesitate to ask for help. Most people will be more than happy to help you.