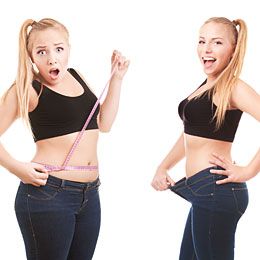 Not All Body Fat Is Created Equal

Not all body fat is created equal, let’s be clear on that. Some is essential to bodily functions. Adipose tissue, or body fat, helps regulate body temperature, cushions, protects and insulates organs and tissues. As well, it is the main form of the body’s energy storage.

Subcutaneous fat is the soft stuff on your body that you can readily pinch or grab a handful of. Go ahead, check yourself. I’ll wait.

This type of fat lies beneath our skin, but rests on top of our muscles, like snow on a roof. Now, the other type of fat – called visceral fat – is a different animal. This fat exists beneath the muscular tissue and surrounds our organs – this is the dangerous stuff.

Visceral fat plagues the body and increases the risk for health complications because our bodies are essentially cavities with highly specialized organs whose job is to run specialized processes while interacting with each other all the while trying to maintain homeostasis – whew.

When our bodies accumulate this type of fat, it begins to surround and densify against our kidneys, liver, and pancreas. As well, there is an internal apron of fat called the greater omentum which acts as a protective shock-absorber for our large and small intestines, also susceptible to accumulating more fat. All of this additional mass begins to congest and press upon our organs, causing chemical cascades of inflammation. When this inflammation becomes a chronic issue, our organs begin to work harder than they should be, which adds increasing health concerns, such as metabolic syndrome – a treatable disease that results in several health issues, or co-morbities, such as hypertension, diabetes, obesity, heart disease and potential for organ failure.

My Fat Fact #1:  Adipose tissue is the largest endocrine gland in the body

The amount of additional fat you carry around dramatically changes your body’s metabolic function via the endocrine system. This system is a highly complicated grouping of glands that help control processes of the body including metabolism, reproduction, growth and development. When this system is thrown off-balance, diseases and conditions begin to crop of varying severity.  Initially, fat was considered as a storage depot for excess calories – we know now however, that fat cells produce several hormones that affect appetite, metabolism and overall body weight (some hormones include adiponectin, visfatin, leptin, tumor necrosis factor alpha, interleukin-6 and adipisin, among several others).

So when this system is thrown out of balance, different hormone concentrations begin to take hold, shifting your homeostatic balance and causing the aforementioned metabolic syndrome with it’s negative health effects.

Referring to the fact above, the endocrine system is a delicate one that interacts with other hormones on the body. One of which are the sex hormones, testosterone in particular. Individuals who have low testosterone in their bodies poorly maintain muscle mass while adding adipose tissue more easily. Further, the visceral fat, when found in abundance, begins to down-regulate testosterone, further leading to weight gain. These are the men and women you run into who are grossly overweight and have a lack of motivation to change their lifestyles.

Many in the anthropological community have determined that our early human ancestors were hunger-gatherers. They would often trek long distances to accumulate food-sources, which were often scarce. Through these periods of edible-attrition, the body would begin to break down its own fat sources through a process called lipolysis to provide sustained energy to run the body’s basal metabolic rates until the next meal came around. Today, we are sedentary by and large; and our bodies sadly still adhere to the fat-storage, ‘I’ll keep it for later’ process. This is why regimented exercise and nutrition are so key for keeping the additional weight off.

My Fat Fact #4:  Skinny people can also be at risk

We all have that friend who is skinny and eats like a trucker. They are usually fairly lean and have a small or no belly at all. These are the ‘skinny-fat’ people and are also at risk – even if they don’t know it.

These people have their genetics to thank for fitting into those skinny jeans, but these people actually have a higher percentage of visceral (bad) fat compared to adipose (less-bad) tissue; which increases their risk of higher triglyceride counts as well as lower HDL cholesterol and subsequently higher risk for heart disease. 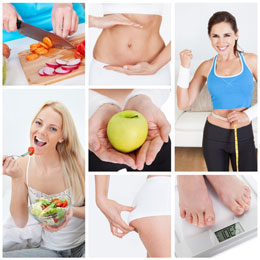 There is no way to rid yourself of body fat by wishful thinking. It takes a solid nutritional plan and workout regimen and TIME.

Nutrition – abs are most certainly made in the kitchen. If you are exercising hard but not losing that belly, chances are you are eating the wrong foods at the wrong times in the wrong amounts.

Label reading is key – the ingredients on the side are listed first-last by their concentration. So if high-fructose corn syrup is the first listed on the label, it’s the most abundant ingredient.

Resistance training, cardio and whole-body workouts are excellent methods to raise your metabolism. Just be sure to change out your routine every few weeks so your body does not become accustomed to the workouts.

Adequate rest is the ideal method for repair and regeneration of tissue. It allows your body time to replenish stores, heal damaged tissues and prepare you to be ready for the alarm clock tomorrow.