We all look to athletes in one way or another as examples of peak fitness. Particularly on the professional level, these people showcase the limits of human health and physical ability, and it’s no accident! While many ultimately excel in professional sports due to natural physical gifts and unusual talent in a given sport, they also all work tirelessly on their fitness – through cardio, weight training, nutrition, and even things like yoga and meditation.

The above tends to apply to most anyone who makes it to the professional level in a major sport. But if you’re looking for athletes to be inspired by, or athletes who seem to go above and beyond even their peers, these are some you may want to follow.

Roger Federer is lately causing some slight concern among his fans. He was upset in his first match at the ATP World Tour Finals, and subsequently cancelled a practice session. However it’s a testament to his otherworldly fitness that he’s in a position to disappoint anyway. At 37, Federer is far beyond the age at which most professional tennis players remain professionally competitive – and he’s still considered to be one of the top three players in the world. Anyone interested in longevity and sustained athletic prowess would do well to study his every move!

Allyson Felix has an argument as one of the most athletic people on the planet, and though she may be past her Olympic sprinting prime, she’s still something of a fitness icon. In fact speaking in general terms, sprinters are often the very fittest of athletes, building up ideal blends of muscle, stamina, and lean physique. And Felix is the best of them. Usain Bolt on the men’s side is also worth monitoring for fitness tips, though he has some more preternatural gifts that most of us simply cannot imitate in any way.

It’s hard to pick and choose footballers from a fitness perspective, but Chilean star Alexis Sanchez certainly stands out – which is one reason Manchester United has had a bit of a resurgence. The club was expected to compete near the top of the EPL, and looking at projections for regular matches it’s still viewed as one of the stronger sides. This isn’t all thanks to Sanchez, but his combination of solid strength, sensational speed, and borderline unnatural ability to come back from injury have certainly boosted his club.

As with footballers it’s difficult to pick one professional basketball player over the rest, which is one reason we’re singling out both a WNBA and NBA player! For the WNBA it’s difficult to look past Maya Moore, an MVP and one of the greatest players in history. She’s actually showcased her workouts and made them look both fun and accessible, which is another reason she’s a lovely choice as a fitness role model. Where lots of athletes promote nutritional routines and workouts most of us just don’t have the time or resources for, Moore appears to achieve her MVP-level physique at least in part just through playing her sport.

In the NBA, it’s hard to imagine a more athletic of physically fit player than Russell Westbrook, perhaps ever. While players like LeBron James and Dwight Howard have always stood out for incredible physique, they’re also literal giants compared to the rest of us, whereas Westbrook is nearly a bigger-than-average man. More importantly for this discussion, Westbrook keeps himself fit to the point that he can move with an almost inhuman energy level, and as such he’s worth monitoring for any and all fitness tips. 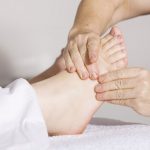 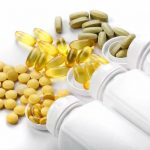