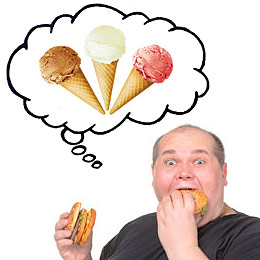 Five Foods You Are Better Off Avoiding

While there is always going to be a debate when discussing which foods are the worst for you, there is no denying that avoiding certain foods altogether is the best course of action if you’re trying to maintain your health & fitness or achieve a weight loss goal. Sure the occasional treat isn’t going to hurt your fitness progress, however, eating unhealthy foods on a regular basis is in no way going to help you on your journey.

In this article I’m going to show you what I consider five of the worst foods you can consume. I’m not going to go as far as saying these foods can’t be enjoyed from time to time, after all we are human and food is one of life’s greatest gifts, but if you’re serious about your health & fitness, I highly recommend you look elsewhere to appease your indulgences.

All five of the foods I’m going to cover here are all so tasty, so I’m definitely not going to argue with anyone there, however, as you’ll see in the following paragraphs, these five foods are not only loaded with fat calories but they are also seriously lacking in essential nutrients.

So without further ado, here are the top five worst foods you can consume. 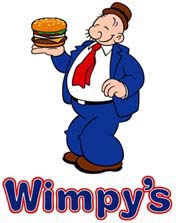 Wimpy was a wimp. Popeye was the spinach eating, huge forearmed badass who kicked the giant Bluto’s ass.

If you put 2 and 2 together you can see that Popeye the Sailor man should have really been called Popeye the Vegetarian Supremacist.

Popeye, vegetarians and meat eaters alike all agree that hamburgers are one of the most unhealthy foods which you can put in your body.

First of all the protein which is the only positive nutritional aspect in hamburgers is very low quality. Top that with low quality, zero fiber bread, cheese, mayo, etc. and hamburgers and cheeseburgers can be extremely high in calories while being extremely low in nutrients.

Calorically dense, nutrient deficient foods are the theme of the list. Maybe Popeye was on to something, ug ug ug ug ug.

I Scream, You Scream We All Scream for Ice Cream! 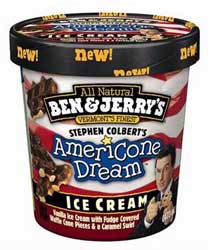 If you want to hear a loud scream just listen to a personal trainer respond to a client who has admitted to have “gotten into” a pint of Ben & Jerry’s.

Almost everybody who wants to stay in shape should rely on a balanced diet to be healthy and carry a desirable weight. Ben & Jerry’s is the perfect way to sabotage your diet to the point that it could take days to recover.

The problem with ice cream is that it is so good. As an example, one servings of most Ben & Jerry’s ice cream can have as much as 30 grams of fat. When is the last time you ate just 1 serving?

Top this off with the fact that the usual time for ice cream consumption is after dinner. Not that eating after dinner is bad, but eating 30+ grams of fat and tons of sugar after dinner will drive your caloric intake through the roof and if you’re lucky you’ll finish the whole pint and be able to wear those extra large pants which have been too big in the past to fit in to.

If the Wonderful Picture Looks Appetizing to You, It’s Possible You Have a Diet Problem!

If you eat healthy or think like a personal trainer, that picture looks like you’re about to take a dump on your physical health.

As with all fried foods our favorite companions to hamburgers are extremely high in fat as well as sodium.

What makes onion rings and French fries so bad is they take 2 normally healthy and nutritious natural foods potatoes and onions, and completely strip them of all their beneficial nutrients.

This creates which is destined to be deposited as body fat stores in your problem areas.

The American version is a supersized grease fest which is loaded with sodium and likely MSG. Chinese food can also be misleading. If you see green what you really are seeing is grease.

Even vegetarian dishes are usually loaded with fat calories and lacking most of the nutrients the vegetables once had before they were cooked in the wok which has been building up wonderful trans fatty acids over the days and possibly weeks in between cleanings.

All this is not to mention the meat!  Oh yes, the meat!  What is it?  Pigeon, rat, scraps?  Only the people who own the restaurants know but we all know crystal clear that Chinese food is a great way to pack on some body fat.

When you heard the term “nutritional value” when you were younger, doughnuts were probably not mentioned very often.

Why is this?  Well, doughnuts have absolutely zero nutritional value.

They are made from refined sugars and grains which are stripped completely of any beneficial vitamins and minerals.

To top it all off, doughnuts are fried in oil which has probably been reused many times. The oil is is high in saturated fat and trans fatty acids which soak right into the nutrition devoid dough.

This creates the perfect unhealthy, fattening food for every nuclear safety inspector working in Springfield as well as anybody who wants to get or remain completely out of shape.

Hot dogs are not all they are cracked up to be. You may have heard that hot dogs are made of pig guts, and garbage thrown together from the slaughterhouse floor, but that is a myth. It still doesn’t stop the average American who eats 60 hot dogs a year!

The thing about hot dogs is the macronutrient nutrition is not as bad as some of the foods on the list. Without the bun they are mostly protein and some are low fat. Caramelized onions, ketchup and more unhealthy toppings can make hot dogs rack up the calories.

What really gets hot dogs on the list is that even they may not be the worst food to make you fat, they may just give you cancer!  Hot dogs as well as other cured meats contain nitrates. While harmless by themselves, nitrates in our bodies can eventually be converted into nitrosamines which are powerful carcinogens.

You may want to think about this next time you grab a dog at the ballpark.

Comparing the Above Pie Charts With Something Healthy

Kashi go lean cereal with milk is a prime example of something healthy. Notice the balance. The carbohydrate calories is about triple that of the fat calories which is low, but not too low. When fat is too low the meal may not be satisfying enough and also be missing essential fats, which Kashi has.

This is not to mention fiber. All the foods above have negligible fiber. Dietary fiber is what keeps our digestive system running properly as well as prevents certain forms of cancer.