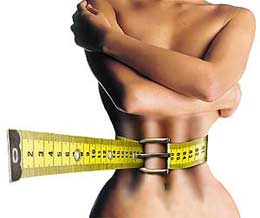 According to the National Association of Anorexia Nervosa and Associated Disorders (ADAD), around 30 million people in the United States alone have an eating disorder, and yet, many do not know who to turn to when it comes to finding eating disorder support. Monte Nido eating disorder treatment centers can help; providing compassionate and evidence-based treatment for eating disorders.

Should You Talk to Your Doctor?

Your doctor may or may not realize you have an eating disorder; when you speak to your medical practitioner, it is important to speak openly and honestly. Your doctor’s recommendations will inform your treatment, so make sure to be open and honest about your concerns and challenges.

Where You Should Go for Help

“Having recovered myself I know the pain and courage involved in accepting and then battling an eating disorder. One way to think about the process is to remind yourself you are working toward something, you are learning to accept yourself where you are at this moment, are doing the best you can and will continue working toward change. This will involve having compassion – for yourself.”

Eating Disorders Do Not Happen in a Vacuum

Facts About Co-morbidity and Eating Disorders

Monte Nido can help those struggling with an eating disorder and any co-occurring disorders. Contact Monte Nido today and begin on the path to true recovery today.