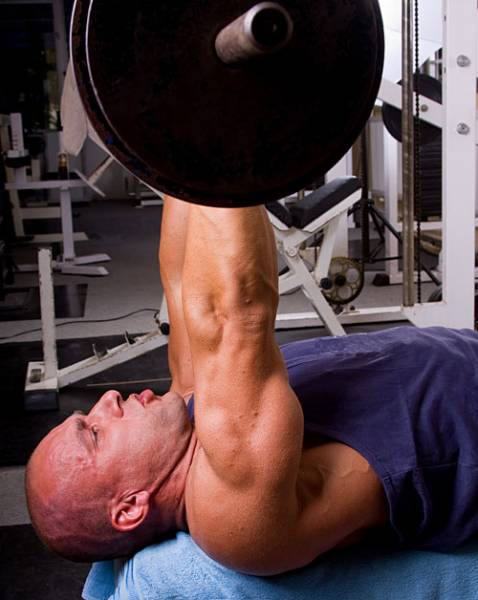 Building a bigger bench is a common goal amongst gym goers. Bench pressing is an elegant balance between technique and brute strength. The exercise uses the legs, core, back, arms, and chest to move the weight and in many cases, timing is everything.

Rather than focusing on a standard bench press position during training, lifters should incorporate variations to the movement. By altering the variables– such as range of motion and angles– bench press enthusiasts will add pounds to their press without getting bored of the same movements day after day.

Whether you use competition grade or standard gym bench, here are four bench press variations you should try in your training program.

The Spoto press is also known as the “invisible board press” in the training circuit. Named for Eric Spoto– an athlete who benches 722lbs raw— this variation is great for those who tend to get the weight a few inches off their chest before failing.

With a board press, you have someone hold a board on your chest to reduce your range of motion when benching. With a Spoto press, you have no tangible board but limit yourself as though one is there. The benefit of the Spoto over the board press is that you have no leverage with which to alter the course of the bar. You must alter the momentum while maintaining balance and form to complete the lift. While it looks easier than a standard bench press, the Spoto is quite challenging.

The cambered bar is a title more commonly named in the squat rack than on a bench, but using a cambered bench bar has its merits. The protrusion of the bar forces you to increase your range of motion while benching. To touch the bar to your chest, you will have to extend your shoulders and pecs backward, past where they would usually extend during a bench press. However, they will not be pushed to the point of injury.

The increased range of motion you will experience while benching with the cambered bar will work different accessory muscles in addition to the main muscle groups used for bench pressing. This exercise will pay dividends when completing a standard bench press and attempting to get the bar off your chest.

Get into position under the bar, setting up as you would for a standard bench. Press the bar from the pins until full extension. Repeat the process until you are done. On the last rep, rack the weight as you would with a standard bench press so you can get up. This variation requires more power than a standard bench, as it removes the eccentric part of the movement.

The incline bench press shifts the focus from the lower head of the pectoral muscles to the upper head. As such, incline benching targets a portion of the chest that is often neglected during flat benching, therefore increasing overall strength and pectoral definition.

When the bench is positioned correctly, the incline bench can also activate the deltoids more effectively than a standard bench press. This too contributes to a better bench and improved overall strength.

There are countless other variations you can try when it comes to building a bigger bench. Changing your grip and incorporating chains or bands can alter how the weight moves. Be open-minded when it comes to your training and your numbers will start to climb.