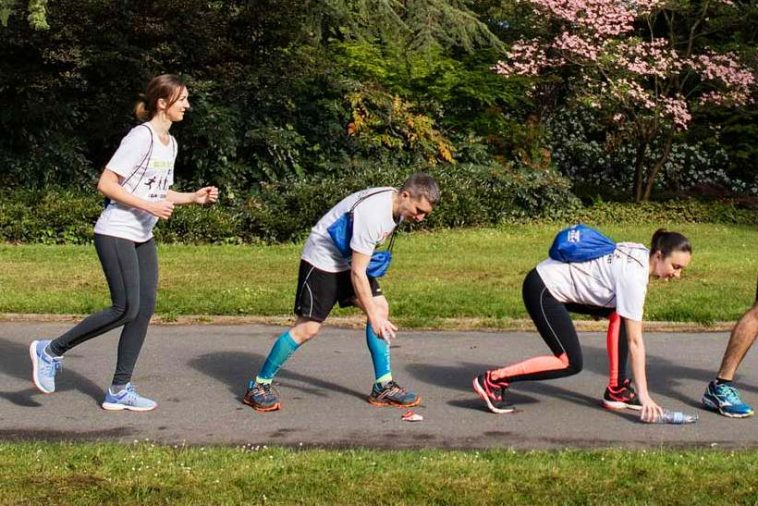 Nature is such an amazing and different world. While humans live in big cities, with a lot of cars, skyscrapers, and malls, animals live in nature.

Now, how would be to notice in your own picture of nature some garbage? It might be some cigarette butts. Or a plastic bottle. It might even be a can or broken glass.

Either way, pollution does not help humans, nor animals. So, a new popular trend got bigger and bigger among youngsters. Its main goal is keeping fit while cleaning nature.

We can all agree that garbage does not belong to nature.

Also, a key aspect of our well-being is the sport. Our physical health is important. Why?  Because it improves our blood circulation. Sport helps us maintain the health of our heart and lungs.

But how can you clean nature and do sports at the same time? This is what plogging is about.

What Is, More Exactly, Plogging?

Plogging is a movement that started in Sweden in 2016. After the international concerns about plastic pollution, Erik Ahlström started doing something differently.

Something that would later become a global movement. Sick of all the garbage left in nature by irresponsible people, he started jogging and picking up garbage at the same time.

In fact, plogging is formed by the words “jogging” and “picking up litter” (in Swedish: plocka upp).

At first, it was an organized activity in Stockholm. Later, in 2018, spread to other countries.

It promotes a healthy lifestyle, combining the physical movement of bending, squatting, running or walking. Viewed as a workout, it brings diversity in body movements. You are not only jogging but plogging.

And if you spot a cigarette butt or a plastic bottle, take it. Like this, you do two good things at the same time. You protect the natural habitat of animals.

And you also keep fit by doing various body movements.

How Did It Become Such a Movement?

So, Erik moved to Stockholm after he lived in Åre ski resort. While jogging in the neighborhood he noticed garbage on the streets. So, he started collecting it. He managed to promote plogging among the Swedish people. And they started to take his example.

Author David Sedaris managed to keep is neighborhood clean for so long, that he received an award from the local authorities.

In 2018 the movement started to be promoted by local organizations. So, Keep America Beautiful organization urges people to start plogging. This is a new eco-friendly workout that needs to be adopted by all people.

Why Is Plogging So Important?

Considering that on the Earth are cities and forests, buildings and oceans, a symbiosis is needed. Both humans and nature need normal temperatures to survive. And they also need oxygen to survive.

Humans also need sports to keep healthy. Their lungs, heart, and muscles need to be kept active. Sports have a lot of benefits on your health, both physical and mental.

You combine a lot of different body movements while plogging. You either run, jog or hike. When you take the garbage you bend, squat and stretch. This is more than just jogging.

It is a movement that raises concern about plastic pollution. It is at the same time a workout that promotes various body movements.

And, in fact, she is right. Humans and nature must live in communion. Isn’t it nice and beautiful when you go hiking and spot a lot of rare flowers or small animals?

Why would you in the first place damage this beautiful scenery? Well, apparently some do this. They smoke a cigarette on the mountains and throw the cigarette butt near the trees.

And this constant pollution we are living in affects not only the ground. The oceans are full of plastic. So full that in some places you cannot even see the water.

More and more news show dead whales with at least 15 pounds of plastic in their stomach. Lots and lots of turtles die because they get caught in abandoned fish nets. The problem with climate change is bigger than you think.

The constant pollution of the forests, of the oceans, of the beaches, affects the quality of all lives on Earth. The level of oxygen is vital to all lives.

And it decreases because of the pollution level. And so, climate change appears. Because of the thinner and thinner atmospheric layer, the temperatures increase at an alarming rate.

The glaciers from the Poles started to thaw. Massive fires burned from the ground the homes of so many people. Animals started to find food harder and harder. They have also started to lose their home.

So, What Can You Do for You and for the Environment?

Firstly, you can start plogging. Just take a garbage bag every time you go jogging or hiking. And every time you see something that should not belong there, take it. This eco-friendly workout became more and more popular among people.

Of course, it might seem harder at the beginning. But it can actually be fun. You can ask your friends to join you. But, you can promote a healthy lifestyle and the care for the environment in a much creative way.

Jessica from Rush My Essay came up with a nice idea: “At Rush My Essay we combine work and social. So, as a team building, we often go plogging. It is such a relaxing and rewarding activity. In the end, you have mixed feelings. On one hand, you are happy that you managed to collect all the garbage. But on the other hand, you now have a garbage bag full of irresponsibility.”

Of course, there are a lot of professional essay writers that have adopted this lifestyle. There are also doctors, policemen or even VIPs.

Erik Ahlstorm says that he was amazed by the amount of garbage that is in nature. And it stays there for weeks, even years and nobody is picking it up. So, why not clean it by yourself?

How Can You Help Promote the Movement?

Of course, the first answer is: doing it by yourself. Lead by example. Ask your friends to join you. We live in the era of social media, so urge your friends from social media to go plogging too.

It is such a beautiful initiative that you cannot keep you from promoting it. Of course, when you post on social media you can use hashtags every time you post something plogging related.

But, there are also other ways. Erik built an app that helps in organizing plogging events. There are about 40 countries involved in this movement.

You can also use Plogga to find out about major events organized and how to be part of them. Even if it initially started in Sweden, people from Thailand or Ecuador are now part of Plogga.

So, Which Are the Benefits?

Plogging is such a popular eco-friendly workout nowadays. Erik says that a regular session of plogging lasts about one hour. When you go plogging you burn about 288 calories.

While, when you go jogging you burn 235 calories. These numbers are per one session. But if you have at least three sessions per week, you burn at least 159 calories more by plogging.

And the most important aspect of this eco-friendly workout is its simplicity. You do not need a personal trainer or a gym membership. All you need is a garbage bag. You know the body movements.

Social media helps to spread the news and the most popular trends. Plogging is the new eco-friendly workout. It combines jogging with picking up waste from the environment.

To live in a pure and deep communion with nature, we need to protect it. Plogging has benefits not only on your physical health but also on your mental health.

It also raises awareness about the level of pollution and the consequences of human behavior. It is the cheapest way to keep fit and protect the environment at the same time.

So, what are you waiting for? Grab that garbage bag and go plogging.