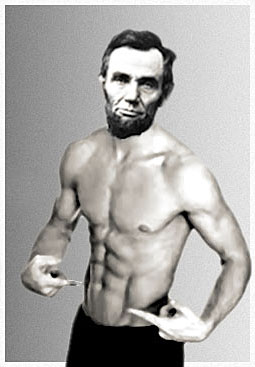 Who’s the Most Physically Fit President of All Time?


Out of curiosity I decided to take a look into the lives of every president in order to come up with a quick list of the top 5 most physically fit presidents. I soon discovered that similar to presidential skills, when it comes to health and physical fitness, not all presidents are equal.

Obviously there is going to be room for debate as to which presidents deserve a spot on such a short and exclusive list, however, I personally feel these five no doubt fit the bill.

Whether or not you agree with how great a president they are/were, there is no doubt these five take their fitness more seriously than your average president or Joe.

Who do you feel is the most physically fit president of all time? No presidents come to mind? Check out my list below!

Be sure to let me know in the comments if you agree with my picks or let me know who you think deserves a spot on the top 5 most physically fit presidents of all time list.

The Top 5 Most Physically Fit Presidents 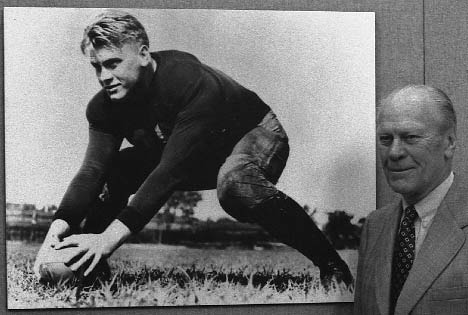 Ford had a reputation as a clumsy person with weak knees. It turns out that his physical prowess as a youngster was the culprit.

Ford was the most athletic president of the 20th century

A former All-Star college football player at the University of Michigan (who turned down offers to play professionally.

Ford was in good physical shape when he entered the White House at age 62.

As President, he continued to ski, swim, and play golf and tennis, and was good at all of them!

Being Physically Fit is required to be a Rough Rider, especially if you go by “Teddy”

Teddy Roosevelt may be on Mount Rushmore for the job he did as the president of the United States but he makes the Mount Rushmore of physically fit presidents because he was versatile.

Not only did Roosevelt enjoy wrestling, but he was taught Jiu Jitsu by a  Japanese master during his presidency!

If you Got it, Flaunt it

On the campaign trail Barack Obama was known to play pick-up basketball and run almost every day. Many people assumed he was fit but didn’t really pay much attention to it until…

When inaugurated president Barack Obama made international headlines by going on vacation in Hawaii.

Paparazzi were amazed that a person with such political power and someone who smokes could be in such tremendous shape.

A day later, his vacation pictures were plastered on every newspaper and website in the world.

Obama has a chance to make it to the top of the list, but 8 years as president of the United States has been a tough challenge for him. His quote unquote legacy might even hold him back from moving up on the list of the most physically fit presidents of all time. 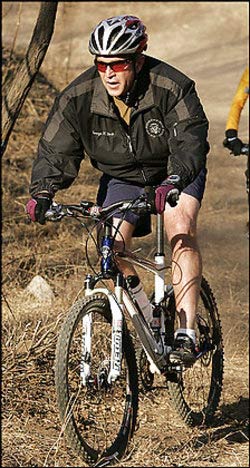 You can say anything about how George W. Bush handled his job as the president of the United States.

Although he almost died choking on a pretzel George Bush is one of the most physically fit presidents of all time.

An avid runner and mountain biker Bush stays in shape and has a very low resting heart rate.

Considering Dick Cheney is on the loose somewhere with a shotgun looking for turkeys, it looks like Bush will keep running.

Bush runs an average of three miles, four times a week, and “also routinely cross-trains with swimming, free weights and an elliptical trainer.” He reportedly runs a mile in 7 to 8 minutes

His physicians classified him in the top 2% of men his age for cardiovascular fitness. He went 26 minutes on a treadmill test (protocol unnamed), attaining a heart rate of 178 beats per minute. Bush’s resting heart rate was 43 beats/minute, and his blood pressure 118/74 mmHg. His total cholesterol level was 170 mg/dl.

Not mention Bush recently showed off his cat-like reflexes in dodging Iraqi shoes thrown at him like a fastball by a rogue journalist. 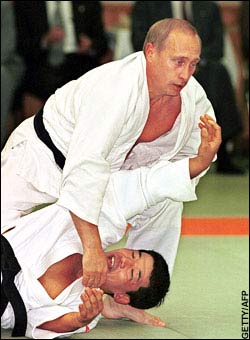 Okay!  Nobody ever said only American Presidents!

President’s day should begin to reflect the international world we live in anyways.

Former president and current prime minister of Russia Vladimir Putin can back up his fit look.

While most other presidents are sitting a rocking chair choking on pretzels, Putin is punching people in the face!

Currently, Putin holds a 6th dan (red/white belt) and is best known for his Harai Goshi (sweeping hip throw). Putin earned Master of Sports (Soviet and Russian sport title) in Judo in 1975 and in Sambo in 1973. After a state visit to Japan, Putin was invited to the Kodokan Institute where he showed the students and Japanese officials different judo techniques.

If you have a problem with Vladimir Putin being the most physically fit president of all time, go ahead and say it to his face! 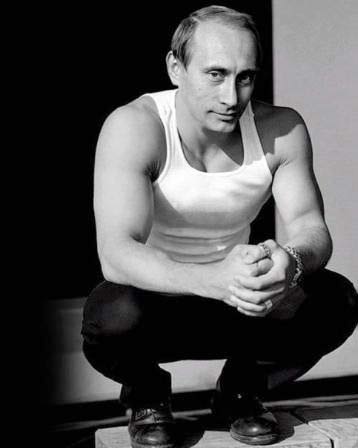