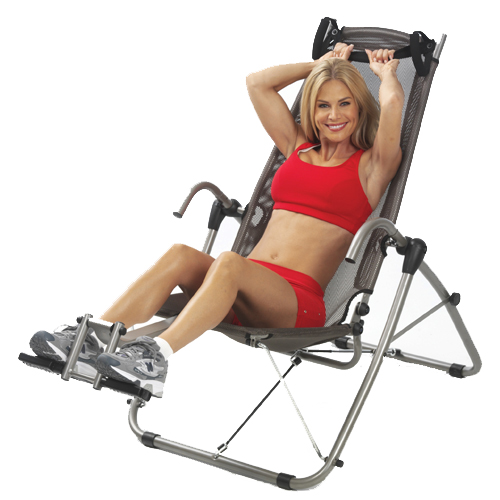 You Guessed it, get Great Abs while you Watch Television

Watching television while simultaneously working out is a common theme of the top 5 worst fitness gimmicks listed here. It is very easy to see why.

All products on the top 5 worst fitness gimmicks list were heavily advertised on television.

Since the majority of the buyers of these gimmick products are heavy TV watchers it would be very bad business to advertise a product which you couldn’t use in front of the TV.

To work the abdominal muscles there may be 1,000 more effective and cheaper exercises but the ab lounge is one of the few which you can comfortably sit in front of the television and not break a sweat or feel any muscle burn.

The cost of the ab lounge ranges from $129 to $179 which is around the same as a multiple month gym membership.

If you think the infomercial (right) makes the product look worthless you must check out the 1000s of parody videos on YouTube to truly see how pathetic a fitness gimmick the ab lounge is. 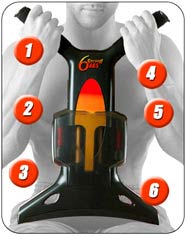 The name six second abs plays on the great success of 8 Minute Abs, which was part of a series of 8 minute “____” videos which came out in 1994.

The name itself is so audacious, even a skeptic would take a look. The television advertisements give the impression of very quick results of course while smiling and watching the television.

The only positive thing about the product is the included exercise and diet program which hints a the fact that abdominal exercises alone do not reduce abdominal fat, etc.

A DVD was also included to show the 5 or 6 different positions in which you could use the six second abs machine.

The actual gimmick product is a very low quality piece of plastic which should have been used to make children’s toys.

The resistance offered by the bands of the six second abs is very insignificant and offered little, if any benefit.

If you care enough to see six second abs in action, you can check YouTube for hundreds of parodies to make you laugh.

If you were unfortunately enough to pay around $40 plus shipping and handling for this fitness gimmick, you may cry about the fact that six second abs is completely worthless and #4 of the top 5 fitness gimmicks of all time.

If you turned on a television for an hour during the early 1990s you would most likely have seen an infomercial for the Thighmaster.

This may have been the beginning of the “results by association” phenomena which is prevalent in the fitness industry today.

If Suzanne Somers has great legs, and she uses the Thighmaster, it must work.

The Thighmaster was also marketed towards men as a biceps arm exerciser.

The Thighmaster is a foam covered piece of metal with a spring in the middle. The design of the Thighmaster limited its use to squeezing the legs together from around a 45 degree angle.

This range of motion of hip adduction does little to benefit strength and absolutely nothing to tone thighs.

The prospect of perfect thighs had women whipping out their credit cards in record numbers in the 1990s.

A product which sold for $20 and made tens of millions in the 1990s is now available for 99 cents at your local garage sale. 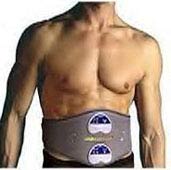 Shocking how Bad People Fell for this Fitness Gimmick

In the early 2000s people evidentially had enough with actually moving their muscles. Why not have a product which does all the work for you?

Along came the electronic muscle stimulators. The first batch of these products included the AbTronik, Ab Energizer which trouble with the Federal Trade Commission (FTC) about their claims which included.

Watch the infomercial (right) for the newest version of electronic muscle stimulator which takes false claims to the extreme.

Using the “foreign secret” marketing strategy it claims it has already created the incredible bodies you see on the beaches all across Europe.

Puzzling how it claims to be FDA (Food & Drug Administration) cleared when it is neither a food nor a drug.

Electronic muscle stimulators place a small electric charge on the muscle causing it to contract weakly which in no way can equal the benefits which are claimed.

If the prospect of sitting on your desk eating Ben & Jerry’s while simultaneously toning your waist caused you to spend anywhere from $50 to $150 on an electronic ab belt you probably are not shocked with electronic ab belts being the #2 most worthless fitness gimmick of all time. 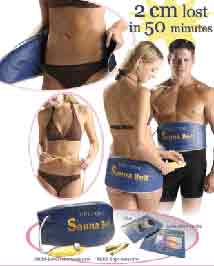 Instead of actually moving or contracting muscles to burn fat, the Velform sauna belt claimed to melt it right off like a form of some kind of thermal liposuction.

Possibly the cheesiest and most audacious infomercials of all-time had to belong to the Velform sauna belt.

Just watch the infomercial (right) and will see how preposterous the claims of the belt are. It is not in English but it makes absolutely no difference.

What really puts the Velform sauna belt in the hall of shame for fitness gimmicks is its true worthlessness.

All of the previous 4 of the worst fitness gimmicks of all time at least involved a muscle contraction.

The sauna belt offers a heated rubber belt which makes your stomach sweat. That is it.

There is really not much more to say about the Velform sauna belt.

That is of course unless you were unfortunate enough to spend $50 on one.

How to Avoid Fitness Gimmicks

You now know some of the worst fitness products which have ripped off people in the last 20 years the most. There are no secrets when it comes to avoiding these products.

Use your common sense and live by the age old adage, “If it sounds too good to be true, it probably is.”

There is no substitute for hard work and discipline. Educate yourself about the most valuable possession you have, your body. Treat yourself well, eat healthy, exercise regularly and you won’t have to ever even think about spending a dime on any products which may be fitness gimmicks in your bright future.