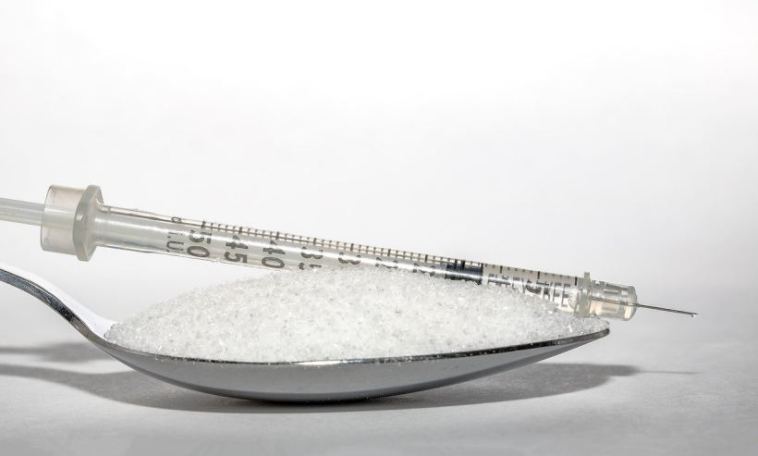 Diabetes is a common name for a group of chronic endocrine diseases. All diseases of this group have a common symptom, polyuria (increased urine formation). But diabetes is associated with an increased concentration of glucose in the blood. We will tell you more about this disease.

If you need diabetes medication, you can find it on PillPal but remember that your health is the most precious thing you have and you are responsible for it. So be 100% sure about the medications you purchase. Self-treatment without proper knowledge and experience can harm you.

Diabetes mellitus, an endocrine disorder caused by violation of metabolic processes in the body, is the most common. Its main symptom is hyperglycemia (high blood sugar) caused by insulin deficiency.

But there are also other types:

All these diseases are accompanied by a large loss of fluid and impaired mineral metabolism. Insipidus diabetes is not life-threatening if patients adequately quench their thirst in time.

What is Diabetes Mellitus?

Diabetes mellitus is one of the most pressing global health problems. According to WHO, it affects about 500 million people worldwide.

This disease is characterized by multiple metabolic disorders of:

Insulin, a protein-peptide hormone of the pancreas, plays the main role in the development of this pathology. It’s responsible for maintaining normal blood glucose levels, ensuring its flow to tissue cells for their nutrition. Diabetes mellitus is a metabolic disorder. Depending on the type of the disease, either the pancreas does not produce enough insulin, or the body loses sensitivity to it. As a result, glucose does not reach the cells but accumulates in the blood. Tissues experience energy starvation. 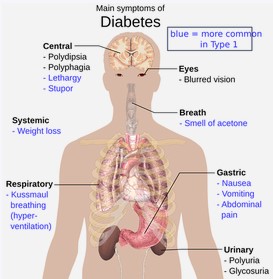 Both types of this disease are characterized by frequent hunger pangs, constant thirst, and frequent urination. All of these are signs of hyperglycemia. This means that the patient has a lot of sugar in their blood.

Diabetes mellitus is also accompanied by these symptoms:

In type 1 diabetes, bedwetting is possible. Type 2 diabetes is also accompanied by black acanthosis (dark skin thickening on the neck, armpits, groin, and elbows). Insulin inhibits the breakdown of adipose tissue. Therefore, patients with type 2 diabetes suffer from excessive weight because of insulin resistance. The first type can provoke rapid weight loss because of cellular starvation.

Depending on the reason why glucose transport is impaired, there are the following types of diabetes mellitus:

A pre-diabetic condition is characterized by reduced glucose tolerance. Sugar remains within normal limits on an empty stomach but an abnormality is detected after a glucose load.

Scientists have identified a relationship between diabetes mellitus and being overweight. Insulin prevents the breakdown of fat, making weight loss almost impossible for the patient but obesity complicates the course of the disease:

Visceral obesity can be resulted from a sedentary lifestyle and excessive androgens (male hormones), and can also be inherited. According to the standards of the World Organization of Gastroenterology, it is diagnosed when the waist circumference is more than 31 inches in women and 37 cm in men. The National Cholesterol Education Program also focuses on the ratio of waist to hip circumference: more than 0.85 in women and 0.9 in men.

Patients who are overweight or have polycystic ovarian syndrome have a higher chance of getting diabetes. At risk are also people who are:

Reduced glucose tolerance is also a reason to monitor your health more closely. Diabetes mellitus can occur more than 10 years after diagnosis of prediabetes. At the same time, the disease may not be diagnosed due to its mild symptoms in its early stage.