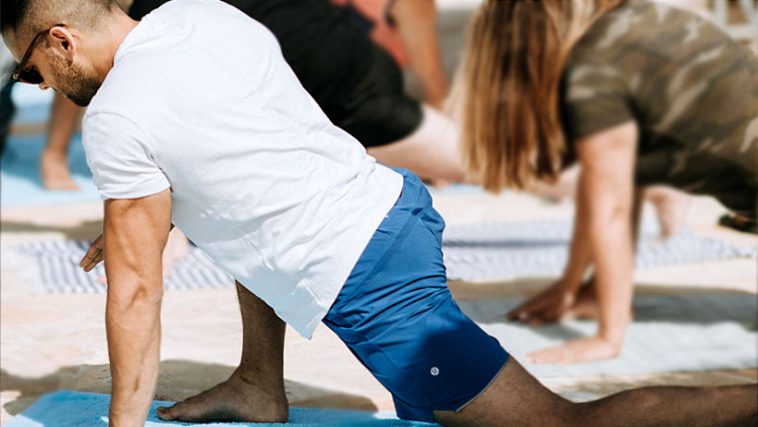 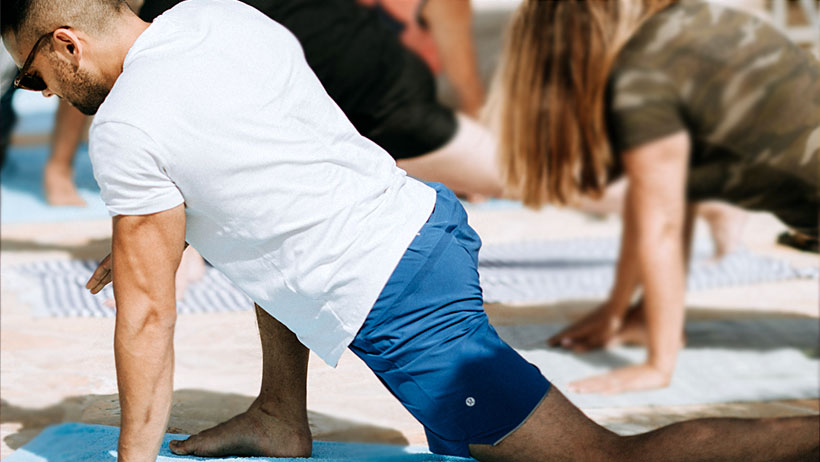 In the language of Yoga, benefit is translated into beauty. And this beauty comes in various packages. These packages are often meant to amaze you. “Yoga for weightlifters”- this topic itself is enough to put an exclamation mark on the face of many, since most of you might have seen or heard Yoga as a spiritual practice. But this is an astonishing facet of this ancient discipline that it has no boundaries. It can go beyond the limits, and also upskill the practitioners in doing so.

Over the years, it has been proved that the practice of Yoga has a positive impact on the body. Many Yoga experts around the globe believe that the yogic science can benefit weightlifters in a number of ways. Have a look at the five most amazing advantages of Yoga if you are a weightlifter and aiming to succeed in the field.

Weightlifting is one of the most powerful sports played on this planet. It requires one to be highly strong and muscular. The roles of muscles in the game of weightlifting are limitless. The strength of a weightlifter is determined by the robustness of his/her muscles. There are numerous forms of training exercises weightlifters go through to make their muscles strong. Since muscles are also the parts of the body, they need rest which can be provided by Yoga. Yoga poses such as Matsyasana, Savasana, Balasana, etc. are some of the best exercises to make the muscles relaxed.

Although Yoga is considered mainly a relaxing exercise, a number of weightlifters have argued that Yoga has helped them in building their muscles as well. Yoga’s philosophy considers the body weight as the best form of weight training machine. There are a number of advanced Yoga asanas that are extremely useful in elongating the muscles including Kapotasana and Chakrasana.

Every exercise is quite incredibly related to breathing. It is breathing that produces energy in the body while doing an intensive physical workout. Yoga sees breathing from a different angle. Breaths are the basis of a healthy life, according to the spiritual science. Pranayama is a practice of constant inhaling and exhaling. This exercise not only provides pure oxygen to the body but also purifies the blood in an awesome way. This also enhances the endurance power of the body, since oxyhaemoglobin can be manufactured in the body easily while working out.

The breathing beauty of Yoga is highly influential in nurturing all the internal organ systems in the body. Almost all metabolic activities get a major boost with the practice of Pranayama on a regular basis. A major impact of Pranayama can be seen on the nervous and immune systems.

There is no doubt in the fact that weightlifting is a highly dynamic form of sport. Nobody can master this art without having a spirited set of mind. Many times, the intensive flow of energy in the body turns into aggression and the weightlifter loses his control over the game. Yoga prepares one in a number of ways. Mentally, Yoga pacifies the brain and instills a sense of restfulness. Physically, the more than 5000 years old science prevents the body from falling prey to injuries while training. Since Yoga is a great way to stretch the muscles out, it becomes easier for the body to be flexible according to the need of the weightlifting game.

Meditation is one of the finest exercises to learn the art of being peaceful. When one feels the delight of meditating in the morning, he/she enters the zone of immense stillness. There is no point of being unnecessarily combative in Yoga. With regular practice of the ancient science, one learns how to concentrate on the goals and remain calm even during the scarcest of moments.

One of the greatest impacts of Yoga on the body of the practitioners is postural correction. Having a good body structure is of immense importance in the life and career of a weightlifter. The practice of weightlifting is closely associated with the idea of correct posture. Lifting a barbell of more than 150 kg requires weightlifters and powerlifters to proceed in the right position. Since Yoga asanas are all about the body, they help in building a great posture and structure.

Anatomical study is an integral part of Yoga education during which students learn a number of important aspects of the human body. Correction of the body posture is also significant for reducing the impact of injuries. Modify yourself into a perfect weightlifter by Yoga poses such as Uttanasana, Vriksasana, Phalakasana, etc.

Isn’t weightlifting all about being confident? It is probably the greatest test of one’s belief in his or her abilities. Potential exists in the life of a person in three different forms – physical, mental, and psychological. Confidence is more of the psychological well-being than the physical and mental one.

Yoga makes sure that a weightlifter succeeds in performing the task with ease and audacity. The two aspects of one’s merit – awareness and self-belief combine together to present better results to the weightlifter. Clarity of thought is what Yoga offers. The India-born science allows one to measure the level of strength an individual possesses at the point. People’s willingness, power, and flexibility are not stable. They keep on changing. Yoga teaches a weight trainee to accept defeats (down days) and come all guns blazing the next day. Yoga asanas and Pranayama are the most amazing ways to boost blood flow in the body which is an indication of inner confidence.

Bipin Baloni is a passionate Yogi, Yoga Teacher and a Traveller in India. He organizes Ayurveda Courses India. He loves writing and reading books related to yoga, health, nature and the Himalayas.